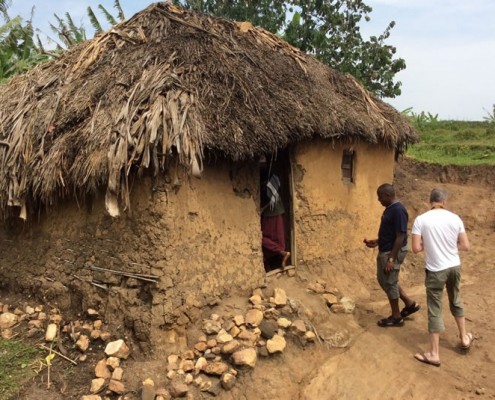 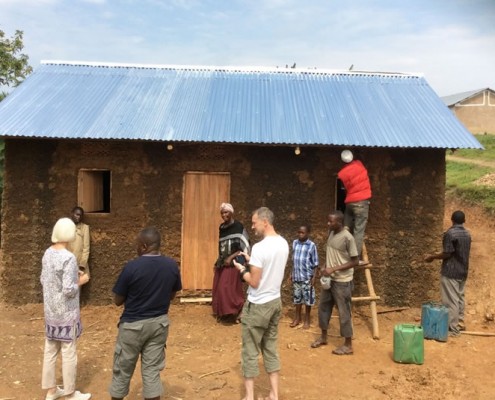 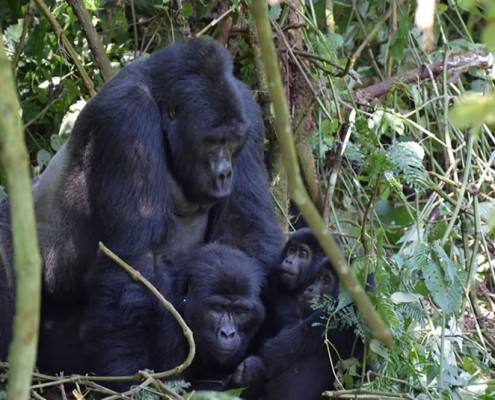 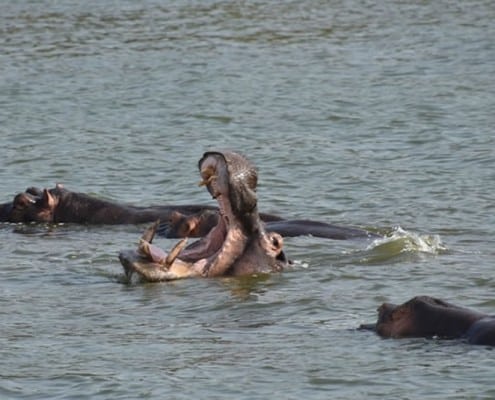 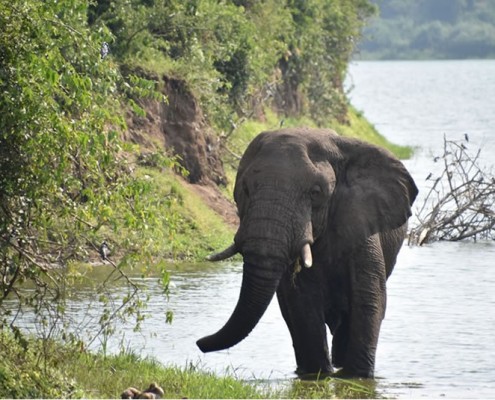 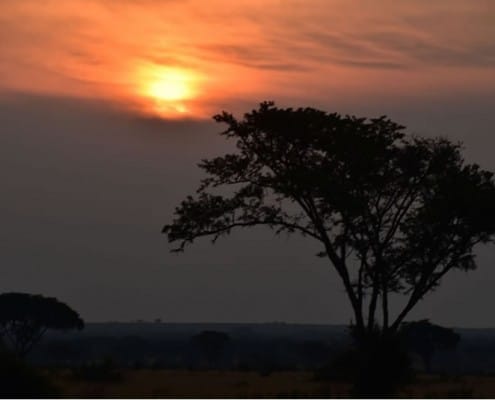 It’s 7.30am and I’m sitting in bed in a tent on the edge of the Impenetrable Forest in the south west of Uganda near the boarder with DRC and Rwanda.  Everything feels cold and damp as it rained quite heavily in the night but the view of the forest, which also surrounds me and the animal noises /bird song are incredible.  James and Rebecca have gone off to find the Gorillas for the next few hours (very very expensive Gorilla trekking 600 USDollars a person), I’m hoping to go on a walk to a waterfall but need to look for a guide – think you could easily get lost here!  We are then off to the Queen Elizabeth National Park tomorrow hopefully finding the south part where we should see tree climbing lions and then the north to see the elephants, buffalo, hippopotamus etc. – an exciting few days before they return home.

In the past two weeks we have been to Mbale and Bududa, called and saw the houses Homes of Promise have built in Nabumali.  Visited Jinga and the Source of the Nile. Went to Gaba on Lake Victoria (just outside Kampala) to buy fish from the fishermen, lots of bartering.  On our way here we stayed a couple of nights in Rukungiri so that James could visit his sponsored children, Darius and Kato, (through Bridge of Hope) also visited the nearly completed house we have built there for a widow her two teenage sons and a young orphaned nephew.  The family presented us with a chicken, two eggs and stick of sugar cane to show their appreciation. (My reading that morning was Mark 12 41-44) J and R also came to the Meals for Kids Project in Kampala that we are running for street boys.  There were 120 that day, they gave out toothbrushes and many of the boys bathed, washed their clothes and cleaned their teeth.

I’ve just returned from the 4 hour walk to see the waterfalls.  It was just me with a guide and two armed guards, we saw monkeys, red squirrels and lots of species of birds as we walked through the forest.  The guide is a Christian so as we travelled we talked about trusting Jesus and we all prayed together when we reached the falls. His wife who is very pregnant is going to be in the hospital near where I stay in Kampala next week so I have agreed to visit her and to take some of the baby clothes, that the Mother’s Union have been knitting, to all the new mums. When we were in Rukungiri we visited the maternity unit as quads had been born a few days earlier but sadly two of them had died (there was only one incubator and they had removed the surviving quads from this and put in two other babies) so am not sure if the surviving quads will make it, they are very small.  We handed out baby clothes and wipes as there is always such a need everywhere.

‘I lift up my eyes to the mountains – where does my help come from? My help comes from the Lord, the maker of heaven and earth.Psalm 121

During the two days at the National Park we saw two young hyenas awaiting their mother’s return, families of elephants everywhere, crocodiles, water buffalo, Ugandan cobs, Topi, water buck, hippos (two hippos were outside my bedroom window the night I stayed at the hostel making a terrible noise)  wart hogs, monkeys, and maybe a lion in the distance!  The safari trip lasted over 5 hours and the colours of the Savannah at sunset were indescribable………………. a wonderful experience.

It’s back to work for me today with the Meals for Kids project. James and Rebecca have decided to have a day relaxing as they fly out 1am tomorrow.  The children are coming to stay the night after school as they haven’t met the visitors ( I think they think my son is young!)

I’ve had a busy couple of weeks but enjoyed being with James and Rebecca and showing them some of the beauty and poverty of Uganda, hopefully they have gained from the experience.

Lots to be thinking and praying about as Homes of Promise moves forward……………….thank you for your support and prayers.

Jane takes Antony to hospital for his face tumour operation
This site uses cookies: Find out more.
Scroll to top