Setting up Georges Place and a new arrival 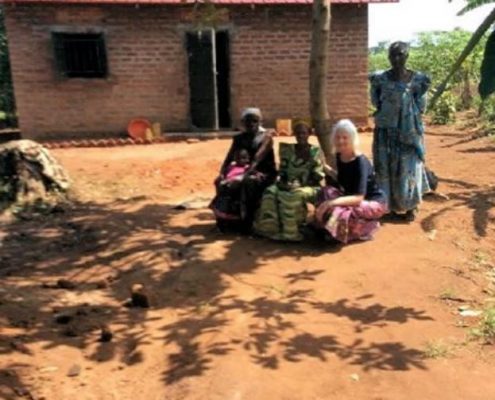 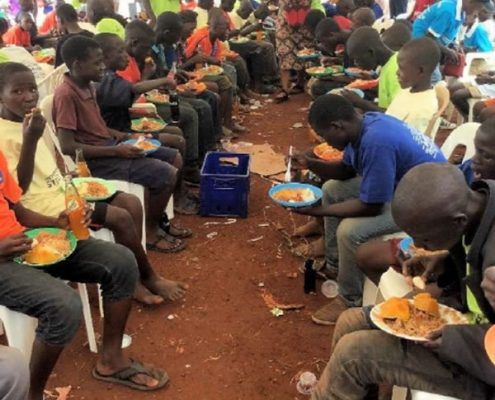 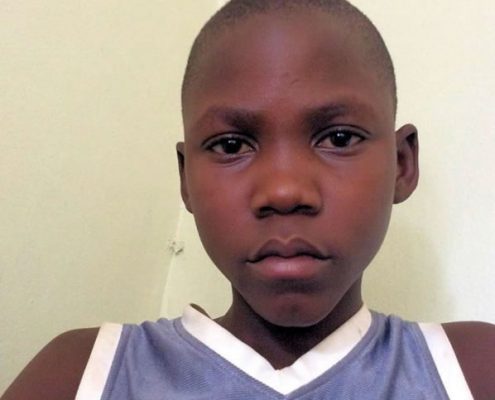 Saturday I drove to Mbale, it was a long journey, I actually managed to get lost in Kampala beforehand, I had planned to visit Sam in the hospital before the drive but roads had been blocked off and it took me over 2 hrs. before I got onto the Jinga Road. Sunday morning I went to find the new house that had been built for Marie, I also briefly saw Isaac who we built a house for last year. They were pleased to see me and the houses look really good. Little Sam’s father telephoned to say Sam had been discharged from hospital, following his hernia operation, so on the way back home I went and sorted out bills and paperwork and collected them.

Monday I visited the Probation Officer for the district where George’s Place is situated, who explained that we still have to register with the Ministry of Gender, it seems one office just passes you on to another, but as this can take up to 5 years she took our details and photographs and suggested we open the home before the process was completed. Thankfully! Whilst I was there she took three phone calls looking for accommodation for children whose parents were unable to look after them – there is such a need here. I have been sorting out and buying goods for George’s Place ready for the boys to go into next week. Barbra, William and I will miss Tim, he has become quite a character, makes us laugh, dances, jokes and is now a ‘serious’ student. Wearing shoes all the time has hurt his feet and he’s hobbling around, I get him a bowl of hot water to soak them in when he gets home in the evenings. School begins at 7am and finishes at 5pm (he arrives back after 6pm as it’s about an hour from here, it will be much nearer when he’s in the home).

Monday afternoon was so warm and sunny, I drove down to Munyonyo to have a swim and sit by the pool for lunch – very enjoyable after such a busy weekend.

Tuesday was the International Day for Street Children and Crane, an organisation that brings NGOs together through ‘Keeping Children Safe’ had arranged a march and celebration finishing at a playground near Mulago Hospital, it was good to attend and see some of the boys we knew, over 200 boys were fed and HoP contributed towards the food. We also had our logo on the banner.

When we were at the celebration we met one young boy Anthony, 12 years old, who had only been on the streets for 4 weeks, he seemed so sad and very vulnerable – so prayed – and brought him home with me. He is a nice young boy, his mother died three years ago, and he had been living with his grandmother and a younger half brother and half sister. The granny receives money from their father but not from Anthony’s father, who he believes is in the army, granny wasn’t willing to look after him any longer so he has come to Kampala to try and find his father. Such a sad story, his English is good and he is settling in well. Calls me maama. Whilst collecting Tim’s ARV’s at the hospital on Thursday I had Anthony screened and thankfully the results were negative.

I also took little Sam who I collected from Mengo Hospital on Sunday for a follow up appointment on Wednesday and he was discharged from the hospital. All is fine.

There have been some torrential downpours this week in the mornings but Betty and I managed a couple of early morning walks. She is going back to the UK at the weekend and won’t be back here until July. Other mornings I took Tim to school as the rain was so bad. One afternoon I drove to George’s Place after it had rained and one of the back wheels got stuck in a rut in the road made by the rain and it took 6 strong men to lift the car out of it. TIA! This is Africa).

Well another week has passed, I saw a really good Christian film at Pat’s called War Room which had quite an impact on me, there is a bible study which goes with it so we are planning to meet for the next few Wednesday evenings to go through the notes.
With love and blessings. God is good all the time.

Another House finished and visiting Anton