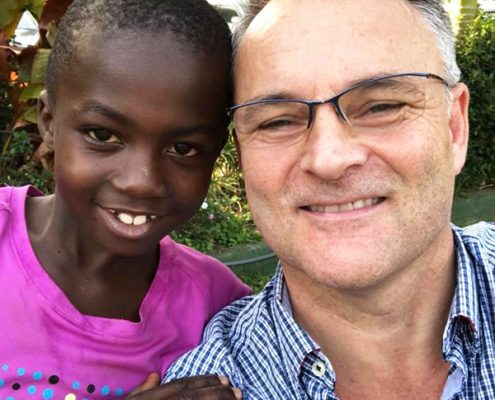 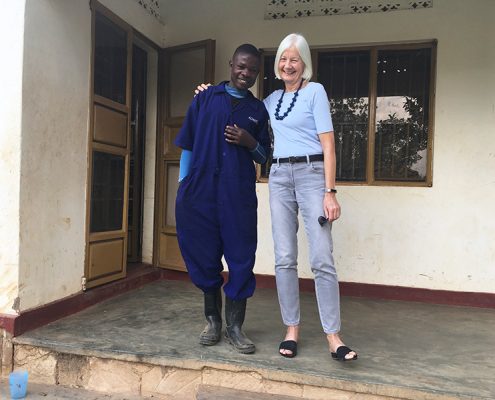 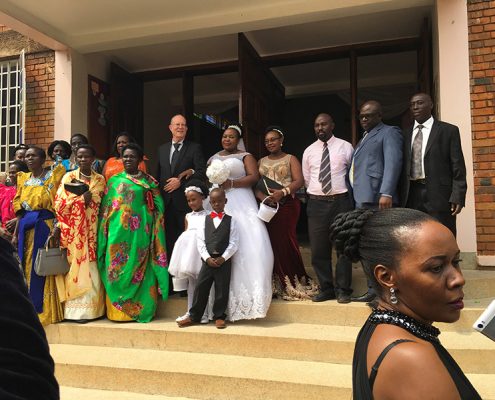 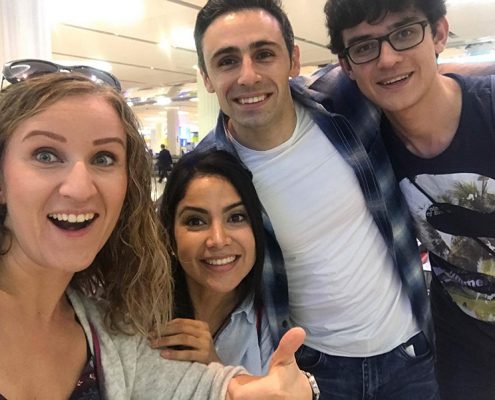 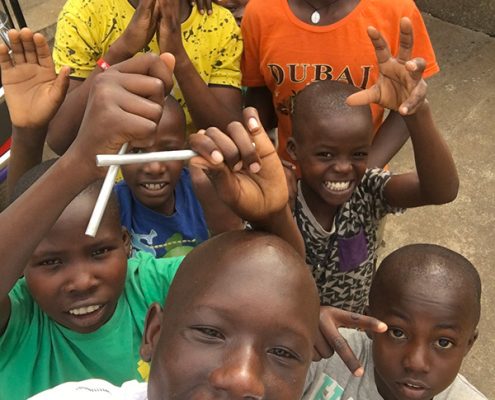 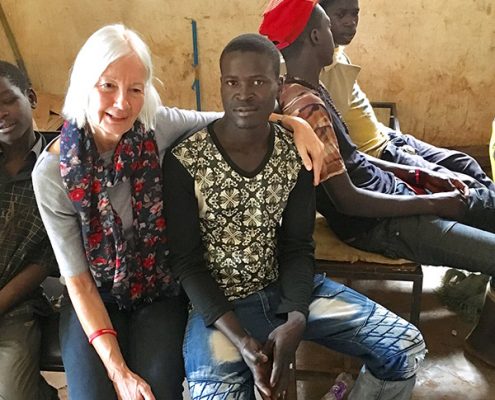 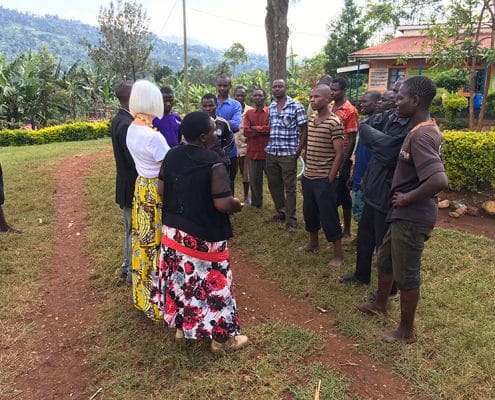 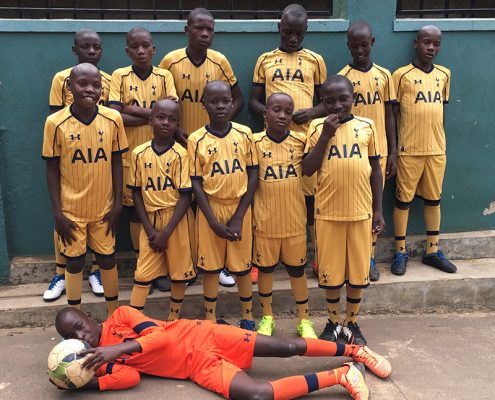 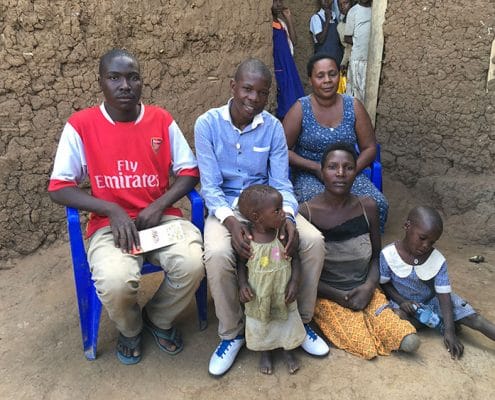 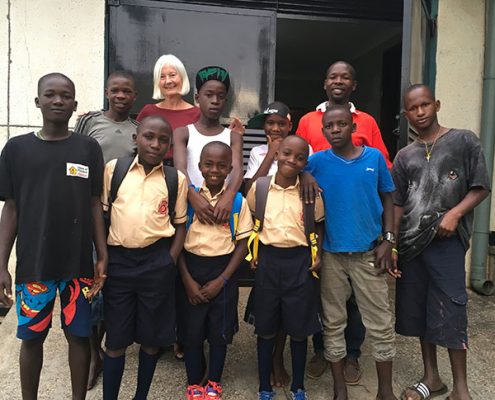 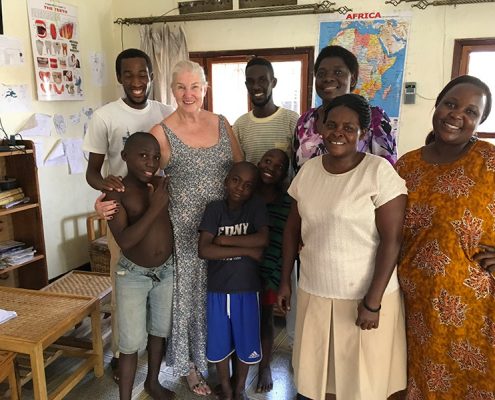 We are continually amazed at God’s given grace in all that has been achieved over the last year.

We started 2017 with 11 boys but our numbers have grown. We picked up two young boys in January, three at the International Day of the Street Child in May, then a boy, who we have known for a long time and had sniffed jet fuel for years but wanted to change his life. Then there were four young boys from the outreach programme in Kisenyi in October. Finally, the police contacted us and asked us to collect a young boy, who had been found in child labour. He has now been returned to his grandfather and HoP are helping with his school fees.

The boys are all well and receive a well-balanced diet with protein each day, which is helping in their significant growth. They are given a new mattress, sheets, blanket, metal box with a padlock for their belongings and, of course, clothes and shoes when they first arrive. This year one of our friends donated anoraks for all the boys which have proved extremely useful on the wet walks to and from school.

We have now found and visited all the boys’ relatives and most spend time with their families during school holidays in the hope of reconciling some of their difficult situations. Sometimes the boys return early, as they seem to appreciate the stability and routine at George’s Place.

We have had our first assessment by the Ministry of Gender and received a mark of 3.6 out of 4. Our Management Committee, which met twice during the year, comprises Revd. James (Chairperson), the local Probation Officer, the Health Inspector, a Mayor’s representative, three members of staff and myself. A minibus was bought in September so that we can transport the boys safely on outings.

Four of our boys finished their Vocational Training in December and will be given their graduation certificates in February, one of whom has started a hairdressing apprenticeship, while another has been reunited with an aunt and is working at a local garage. One is still at George’s Place and has started working in a nearby bakery. The four is returning to his home village to look for building work.

Three of the older boys are in vocational training. Two are on a two-year residential course on welding and in their December school reports they received an excellent marks for the practical side of their course. Another boy is also joining this course in January. Also, in January, one boy has left school to attend a six-month residential farming course at Agromax in Gayaza.

We now have 21 boys in our care. At the end of this January 2018 all the young ones (13 of them) will be in full time education at private schools, either Kennedy or Maranatha in Kampala. We are planning for one to attend a secondary boarding school. We are so proud of the way they have settled into education, especially those who had never had the opportunity to attend school before. They are all trying their best and it has been encouraging to see how they are improving. Their behaviour is also good — they leave for school at around 6.30am each day and return between 4.30pm and 6pm, depending on the class they are in. If I am in my office when they return they call in to greet me. They then change their clothes, washing their school uniforms, and start on their homework before looking for something to eat! They also get an opportunity to play football in the compound, or play board games and watch TV in the evenings before prayers and bed.

The older boys attend school on Saturday mornings, but we take them out in the afternoons for swimming (all of them can now swim) or to KK Beach to play badminton and football. During school holidays the boys have played football matches against other teams and look smart in their football kits donated by Spurs.

We have had many visitors during 2017 which the boys appreciate, as they are from all over the world!

The boys attend Church each Sunday morning and the vicar and local Mothers’ Union have visited us during the year. We also had our annual Birthday party celebration in July and invited the boys’ relatives and local friends.

We are looking at the way forward in 2018, whilst continuing with all the boys at George’s Place. There are still so many boys on the streets whose lives could be improved and we are prayerfully discerning how best to help. We have tried in many ways to restart the Meals for Kids feeding programme, but ‘doors’ seem to be closing. However, we are still frequent visitors to the slum area and have taken a number of young street boys for medical attention to the local clinic. Also, some of our older boys need supporting as ‘young adults’ once they have completed vocational training. We have thought about paying a hostel, but they do benefit from the family atmosphere of George’s. Also, being with the younger boys and developing caring and protective qualities, is so important as they become young men.

George’s Place is at capacity and the space for sport and recreation is limited. The ‘model’ of George’s Place being not too large and like a family is making us consider if it could be replicated elsewhere. With the desperate need, limited space and older boys needing support, we are considering whether we should be renting another house — ‘George’s Two’ – to offer a home to other desperately needy young people, with separate quarters for older boys. It’s quite scary to be thinking about renting a second property and we are, of course, concerned about resources, both financial and human. So, as Gideon did, in Judges 6, ‘laying a fleece out’, we are prayerfully asking if this is indeed a message from God or our mistaken exuberance! Your prayers would be appreciated as we seek God’s will and thank you for your support and prayers throughout 2017 and into 2018.