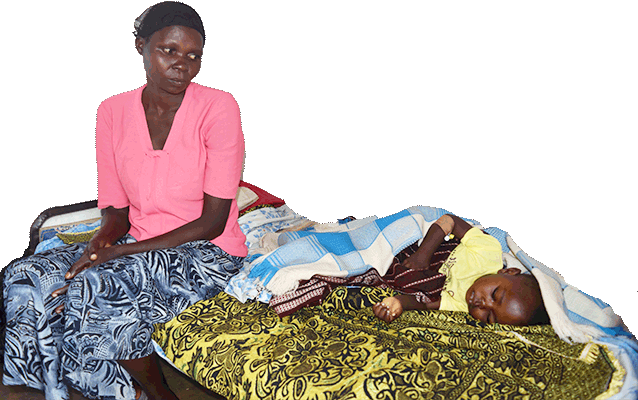 “The Lord gives sight to the blind, the Lord lifts up those who are bowed down, the Lord loves the righteous.” Psalm 146 v8

Homes of Promise was approached by Dr Will Dean with a proposal for a new type of ‘simulated’ eye surgery training for local ophthalmologists in the treatment of Glaucoma. Simultaneously a similar pilot for cataract training was proposed to another trust for surgeons in Malawi. The proposal for the Uganda part was approved in December 2014, and the pilots took place between August 2015 and January 2016.

The objective of the pilots was to record the data to be held and assessed at Imperial College London and The London School of Hygiene and Tropical Diseases. The aim is to provide the data to prove the case for a full scale trial in Sub-Saharan Africa (SSA) to obtain larger funds from other interested NGOs and government grants. Once the full trial has proved successful the ultimate goal is to establish a permanent Simulation Surgical Training Unit for surgeons and medical teams throughout SSA fighting preventable blindness.

The challenges facing patients suffering with glaucoma in SSA are huge, as glaucoma can lead to permanent loss of sight. In the UK, the first treatment for glaucoma is the prescription of eye drops, followed by laser treatment. Distribution problems and lack of refrigeration means this isn’t possible in SSA and laser surgery isn’t widely available. Therefore, the only practical solution involves surgery, but surgery for glaucoma is difficult and the only current option for doctors in Africa is to ‘learn on the job’ treating real patients. The proposal to train on simulated (false) eyes is simple but effective, enabling faster surgery and leading to better outcomes for patients.

Dr Will came with a team from the UK to train local surgeons at Mbarara University of Science and Technology in the simulated eye technique. Ophthalmologists travelled from all over Uganda for instruction. The first pilot was held in August 2015, followed by remote training via video link where students worked through a specific programme for surgical competence in the technique. In the second pilot, Dr Will and the team travelled to Mbarara in January 2016 and operated on patients.

The exciting outcome so far is that not only have 11 registrars and 2 consultants been trained, but the result of this has been to secure further funding to take this much wider in Sub-Saharan Africa. The Surgical Simulation Training will be taking place over three years from the end of this year. They will be setting up Southern Africa’s first dedicated ophthalmic simulation surgical training centre based at the University of Cape Town. Initially trainees from Malawi, Kenya, Uganda and Tanzania will be invited for intense training in glaucoma and cataract surgery.

At a later stage, other countries will be involved, and once we prove this, the idea will be to roll it out and set up similar surgical training centres throughout sub-Saharan Africa.
Funding has been received from the British Council for the Prevention of Blindness, the Ulverscroft Foundation (Leicester, UK), CBM-USA, and Alcon (South Africa).

The Dr’s being taught by Dr Will 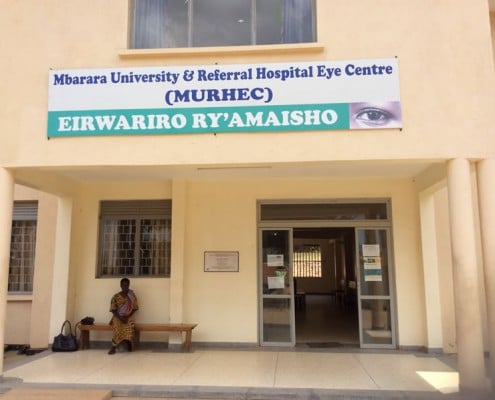 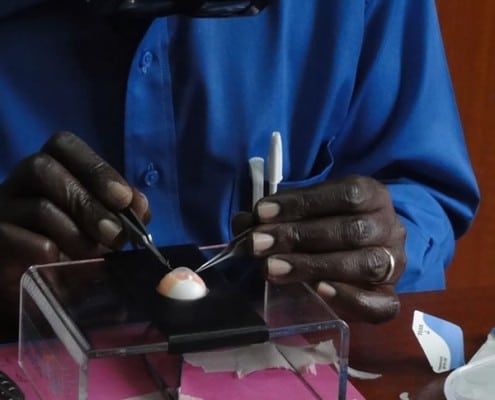 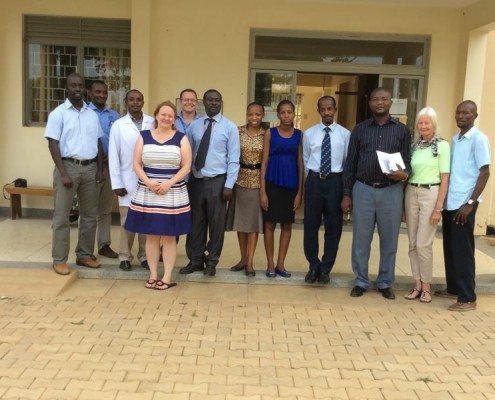 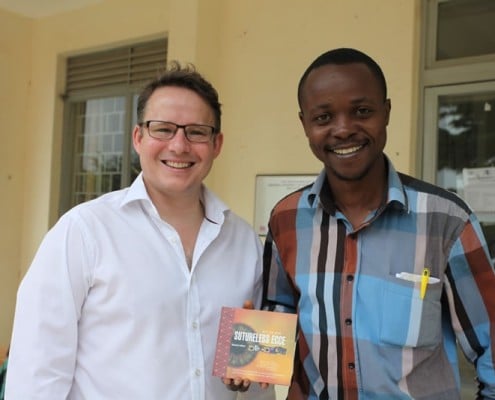 ‘Through Homes of Promise initial funding for this simulation-based eye surgery training pilot programme, and the data we gathered from it on glaucoma outcomes; it has enabled us to receive funding for a full 3 year trial, where at least 60 eye surgeons from four countries will be trained in this method. From there we hope to roll out similar simulation training centres for eye surgery throughout sub-Saharan Africa. Countless numbers will have sight saved through the treatment they will receive from these trained surgeons. Without HoP saying ‘yes’ to the initial pilot, this may not have been possible’

Dr Will Dean produced a presentation about the time he spent in Uganda and the Glaucoma surgical simulation training and has kindly sent Homes of Promise a copy. To download, please click below.

Trainees who completed the training and received their certificates operated under supervision on 13 Glaucoma patients as part of this pilot – thereby saving the remaining sight of these 13 patients.

If you would like to help our medical projects