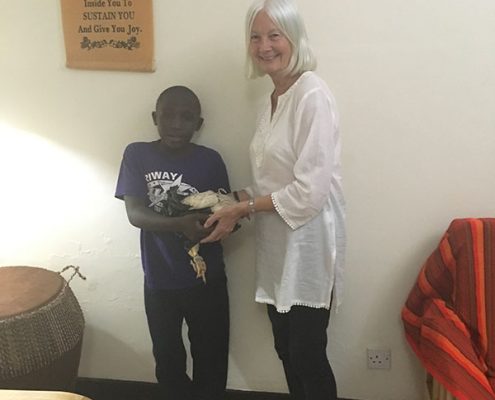 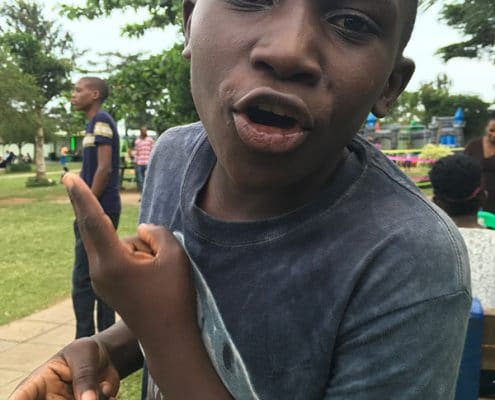 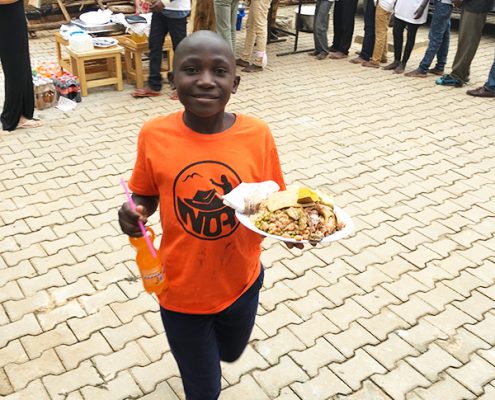 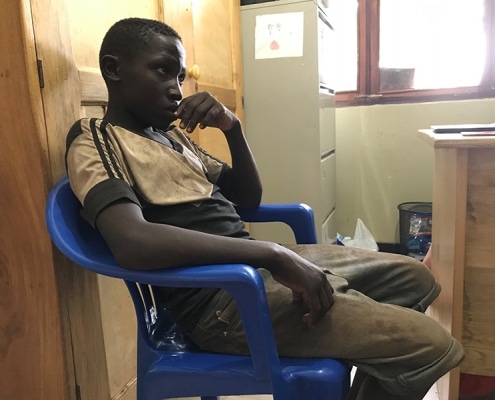 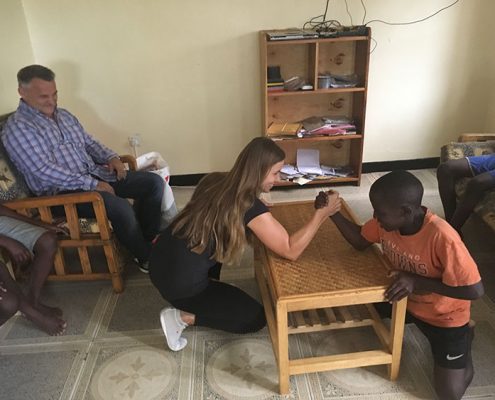 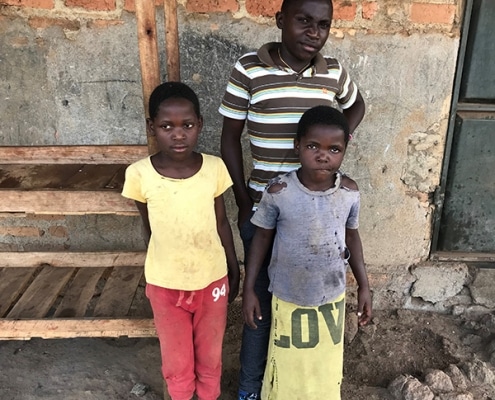 This week’s story is going to be about Shaffick.

I first met Shaffick when we were feeding boys in Kisenyi in 2015, he was loud, always noticed, had opinions on everything and leadership qualities! He came into our care in August 2016. When he first arrived he was very respectful and quiet – this changed after a day or two as he familiarised himself with the home and his surroundings and spoke up on behalf of all the boys, many who knew him from life on the streets. Not long after his grandmother, who lives in Kampala came looking for him, other street boys had informed her of Shaffick’s whereabouts. She advised us of his family background. He came from Bugiri in the east of Uganda – his mother was struggling, and has 4 children younger than Shaffick, she was on her own as his father had another family. At that time Shaffick’s relationship with his father was not good but last Christmas he went and stayed with him for a month and worked in a local hairdressing salon – the reconciling process is underway. He also stayed there during lockdown and only recently returned to us.

Shaffick attended Maranatha school for eighteen months, I never thought he would be able to sit still long enough to learn anything but he did and the teachers really liked him. One night he ran away from the home, there is often a pull back to ‘street life’ where the boys have had their freedom. We met him a few months later at the International Day for Street Connected Children and not long after he came back apologising and wanting to return. We started him at Meeting Point on a two year hairdressing course – he is with all girls – he isn’t as confident in that environment but has settled in well – his choice and decision – not what I would have envisaged for him!

You cannot help but love Shaffick, his energy, sense of humour, principles of right and wrong. He prays at every opportunity, is always at the centre of disputes, giving his opinions and advice on how to sort things out. He has a good eye in photography and is always taking photos on my iPad, he loves food and is full of chat. It can be exhausting being with him but he’s fun and an amazing character who is in the process of changing his life around. We pray that God will bless and use him as he moves forward in his training, career and life.