A visit to Patrick and Emma, Ole returns with his daughter Charlotte and her friend. 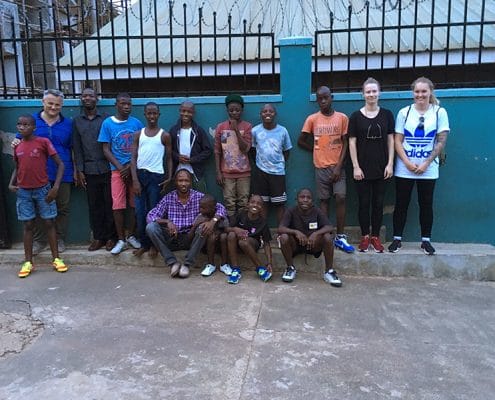 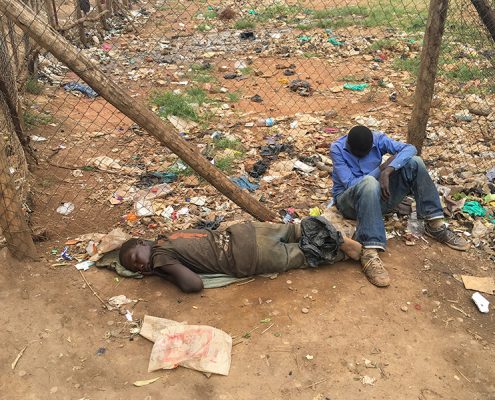 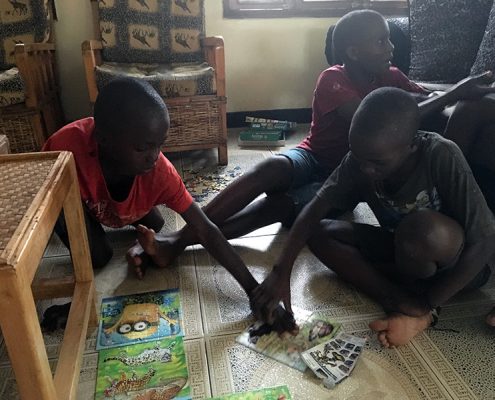 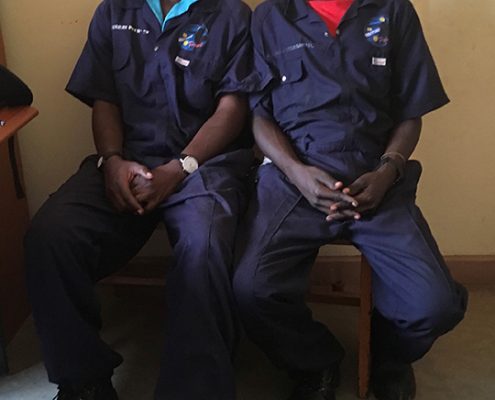 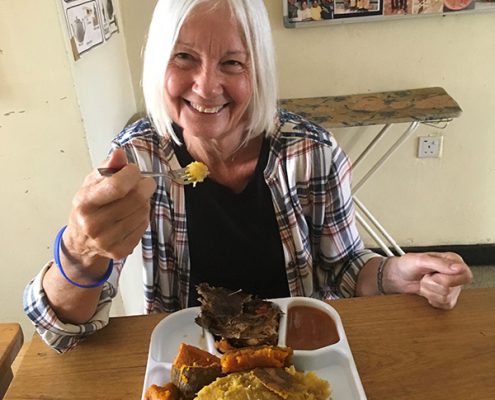 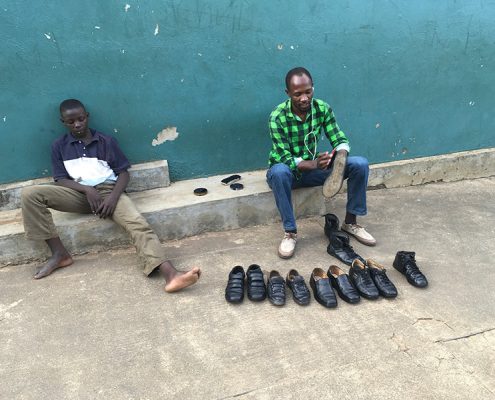 It’s so quiet with the boys at school all day, but at least it’s giving me time to get more of the paperwork sorted out.  We need to have so many policies, papers and forms in place it’s keeping me really busy.

We did call and see Patrick and Emma one morning, who are at vocational training college doing a 2 year course on welding – both seem to be doing well.  The bursar keeps an ‘eye ‘ on them and although there was a problem with Patrick selling his trousers to get money for sugar/groceries this has been resolved as he had to return the money from his pocket money and retrieve the trousers!  These are just some of the issues that we come across – sugar in tea is so appreciated and disappears quickly when someone has a bag and everyone wants just a spoonful!

‘He will judge between the nations and will settle disputes for many people. They will beat their swords into ploughshares and their spears into pruning hooks…………….. Come descendants of Jacob let us walk in the light of the Lord’  Isaiah 2 v 4/5

I have called and seen Joyce, to deliver a gift from Sue.  We travelled to Kitigum with her, her husband Revd. John and Sue a couple of years ago. Joyce is good at keeping in contact even though she has moved several times since then.  She is great at baking and has given me a recipe for ‘mandozers’ (doughnuts) which I tried out (the boys enjoyed the first batch but they probably needed to be fried for a bit longer!) I will be making these for Dennis to take for his supper break at school.  Dennis is at school until 8pm every week day and needs a snack.  One day this week he had to be at school at 5am!  The other boys all woke up but ‘Uncle Sam’ told them they could sleep for another hour.

Ole brought his daughter and her friend, to visit us on Friday, the boys love seeing him and enjoyed a game of football which Charlotte joined in and badminton with Randy. On Saturday Bob and I took Charlotte and Randy out on a sightseeing trip around Kampala and visited the area where street boys congregate near one of the taxi parks.  Hopefully we will be able to pick up two more boys shortly as we have spare beds in George’s Place and there is such a need.  Later in the afternoon we took the boys to KK beach.

Life continues to be interesting in Kampala, there are challenges but for most of the time things run smoothly in the home.  A few updates:

• A large bird is stealing the baby chicks on a daily a basis, the chickens/cockerels protest noisily but are unable to do anything.

• The raincoats are being put to good use as we have been having a few downpours.

• Daisy my dog has had an operation to remove some cancerous lumps and is feeling very sorry for herself – she has to be dragged back to the vets on a daily basis but the wound is healing.

With love and prayers for a blessed week.

The boys go back to school, Abdul returns to his family, a week of visitors...