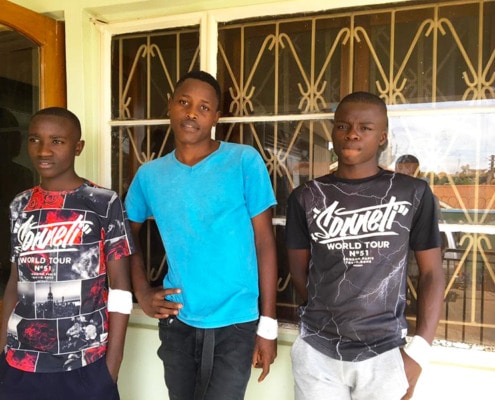 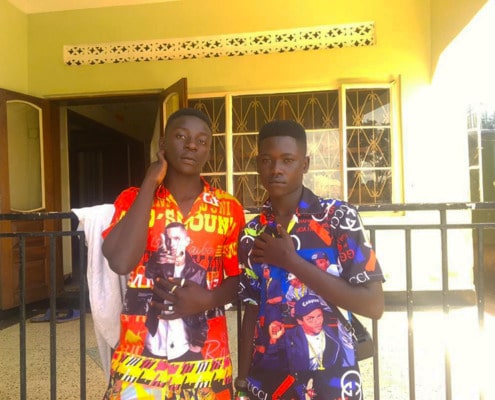 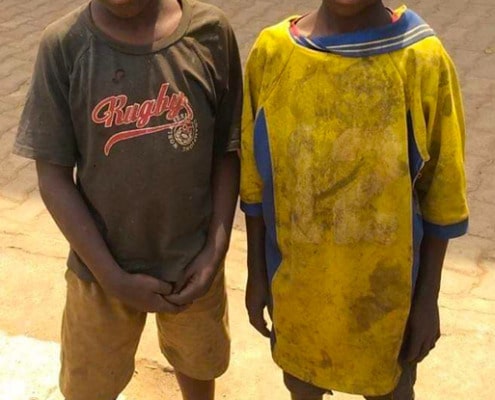 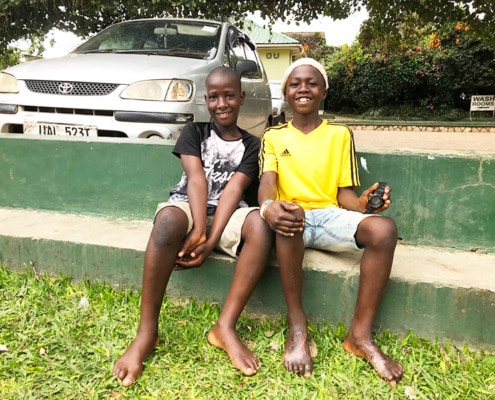 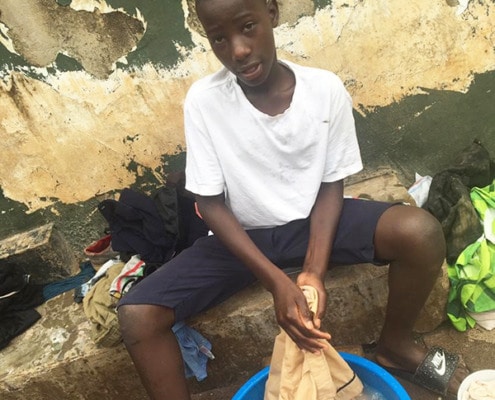 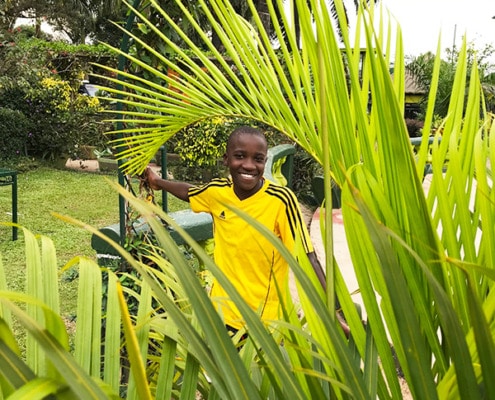 Some of our boys have been ill this week, I am not sure if it was a sickness bug but they have been at the clinic for treatment and are looking much better now.

Anton arrived unannounced on Friday at George’s Place and is staying for a few days – obviously, my advice about waiting to visit until after I returned was ‘misunderstood’! He was busy playing football with the boys in the compound when I contacted Shadrach on Saturday. I’m sure the boys are pleased to see him and enjoying his company. Augustine is still a regular weekly visitor to the home.

Jesus looked at them and said, “With man this is impossible, but with God all things are possible.” Matthew 19 v26

The younger boys have been at school all week and are doing well with no problems.

Ronald and Asaph, both on carpentry courses have now returned to George’s Place for the holidays, they also came back for a few days at Easter. The colleges started back on different dates this year and the end of terms seem to be at varying times, hopefully, it will be sorted out by the end of the year. Shaffick will be returning to college soon but unfortunately was one who has been unwell. Big Brian begins his plumbing/metalwork internship this coming week at Makerere University, and he will be staying on-site for the next few weeks.

As there is not very much news I will tell you a bit about Yusuf and young Brian. Bob found these two young boys on the streets of Kampala in January 2017. They were filthy dirty and very hungry. They had been surviving together by collecting sack fulls of plastic bottles and selling them. They have been friends ever since that time. Yusuf is very good at craft activities, enjoys making things and is everyone’s friend. He loves swimming, badminton and football. I can’t remember him ever being in any trouble at school or in the home. He works hard in the house, keeps his clothes clean and tidy and is often the first one up in the mornings. Young Brian is very different, he is doing well at school and is usually one of the top pupils in his class. He is much quieter than his friend and can be a bit of a loner. He also enjoys swimming and badminton but not often found playing football. He isn’t so keen either on washing his clothes! He spent most of the lockdown with his extended family in the village and seems to now have a good relationship with his grandmother. He is serious and studious.

It has been wonderful to see how these two young lads have grown and developed over the last 4 years and to see how well they are doing at school. Thank you for all your support in helping Yusuf, Brian and many other boys to be educated and given the opportunity of reaching their God-given potential.