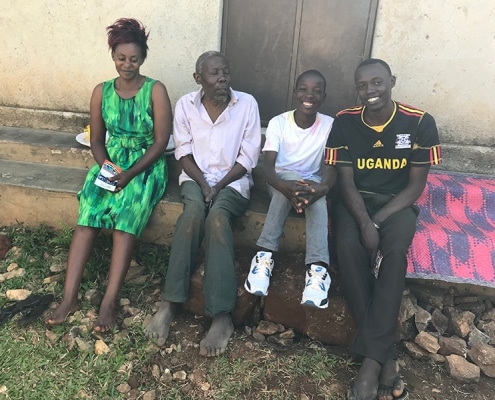 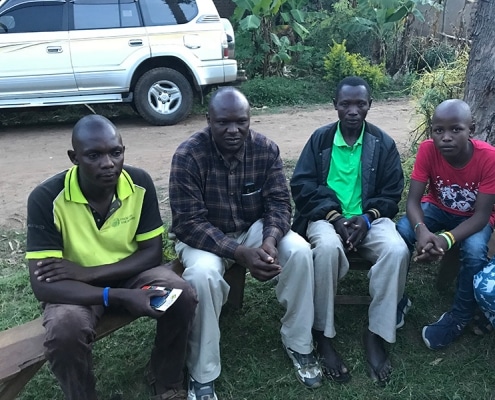 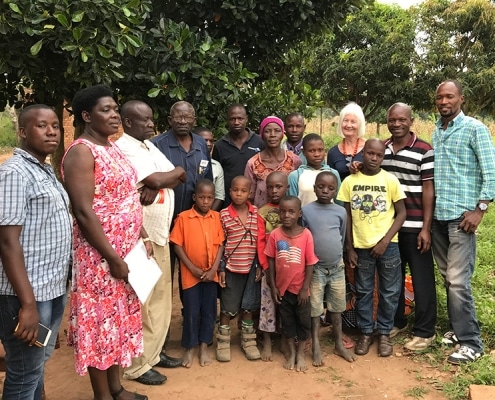 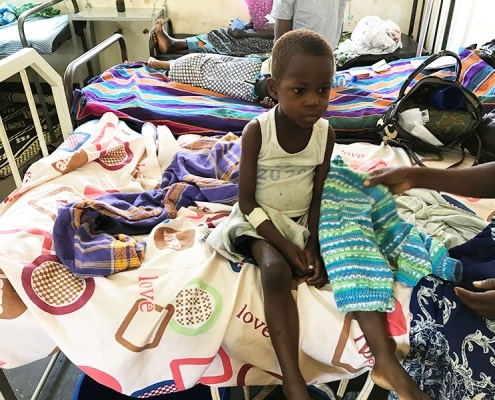 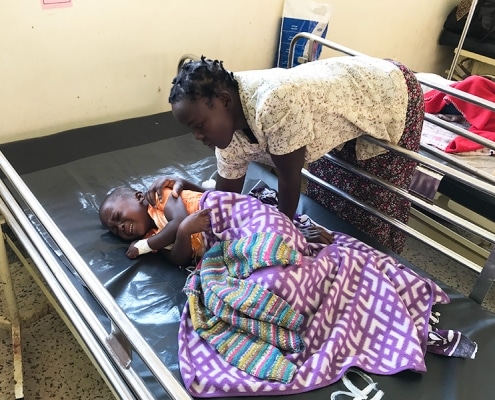 This week we have been tracing some of the boy’s families.

We went to Mukono on Tuesday afternoon, not too far from Kampala and found Keseeta’s real grandfather. His father has died and the whereabouts of the mother is unknown. We were given a warm welcome by the ‘mzee’ (older man – younger than me!) who was pleased to see Keseeta.

On Wednesday we travelled back to Mbale, this time with Charles and Haruna. With the help of the Local Councillor responsible for boda boda drivers we eventually were able to locate Charles’ father; we had walked across maize fields to where they had stayed but the house had been demolished by recent heavy rains and there was no trace of the father there, a neighbour informed us he had moved away. But, amazingly with the mobile phone ‘network’ of people knowing everyone, that exists throughout Uganda and the LC we were able to find the boy’s father, who was living in a small room on his own. This was a happy reunion – the father is a boda driver but lost almost everything in floods in Bududa and then when his house collapsed in Mbale.

‘Be strong and courageous, and do the work. Do not be afraid or discouraged, for the Lord God, my God, is with you.’ 1 Chronicles 28 v20.

Thursday morning Bob and I delivered 4 boxes of ‘fish and chip’ baby clothes, knitted blankets and small toddler jumpers to the local hospital. These were so gratefully received by the mums. One of you had knitted really tiny clothes which I had thought would be too small but they were ideal for the twins in the prem. unit. The need is so great and these clothes are really appreciated. The hospital administrator came around with us and said it was difficult when mum’s arrived with nothing to put or wrap their babies in, we will leave a box with her when we next go there.

Later in the afternoon, we located Haruna’s family. His two grandfathers, two of his father’s wives and some of his 11 half siblings. Eventually, the father turned up but we decided we needed to contact the local Probation Officer for his advice and help. Therefore we had to stay in Mbale another night and visit again the next morning. Everything went well and we later travelled back to Kampala with a Local Government worker who invited herself and Augustine who has come to stay for a few days. It was, therefore, a ‘full car!’ With Peace, Haruna, Charles, Augustine, the LGW, me (squeezed in the back with Charles) and Bob driving, plus our luggage, rice etc. Travel in Africa can be challenging on murram roads full of potholes – red dust flying through open windows – the sun streaming through – all squeezed together – the occasional cockroach who seem to get everywhere – boys playing games on my iPad – all good fun!

So it’s Saturday again already and later we will be off to KK Beach. I’m just having a coffee whilst Bob is getting the car cleaned. When we were in Mbale the boys were recognised by some of their ‘street’ friends who congregated around the car asking us to take them too, but we could only buy them sodas and talk to them. Prayers please for the 15,000 children of Uganda still on the streets.