Helen arrives for a visit, looking for Keseeta’s family, decorating outside walls. 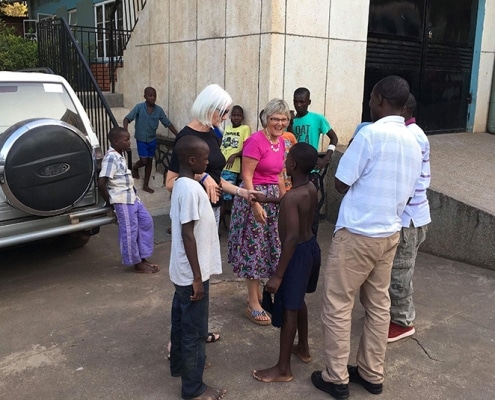 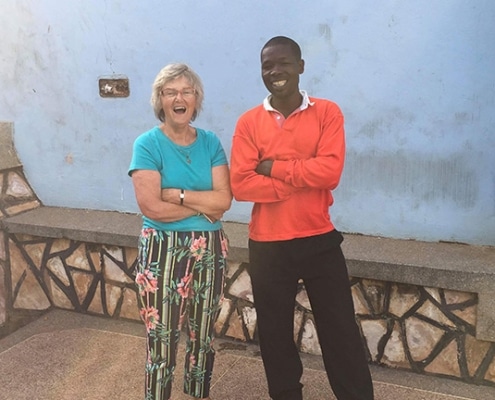 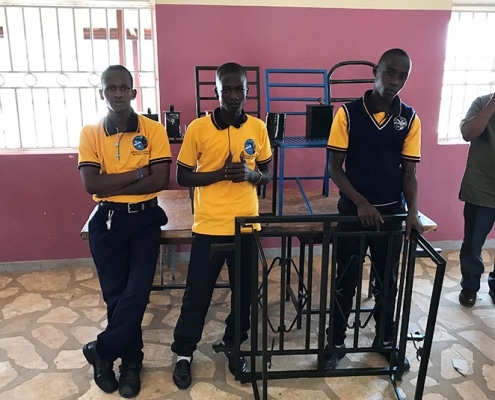 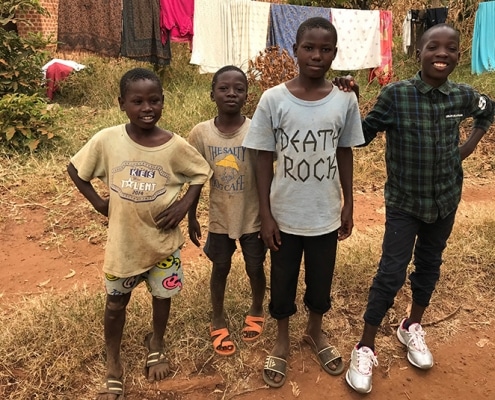 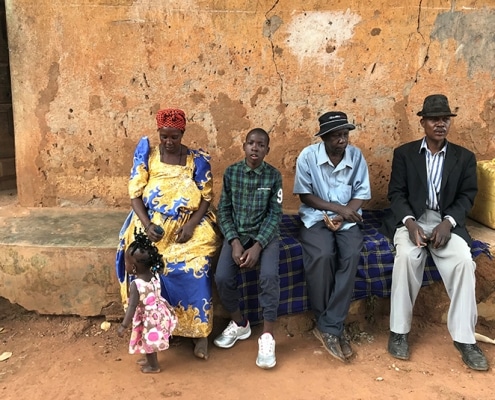 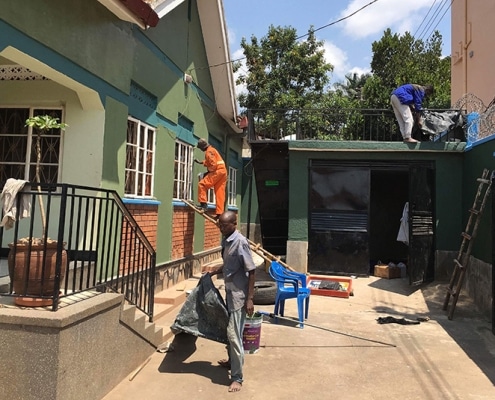 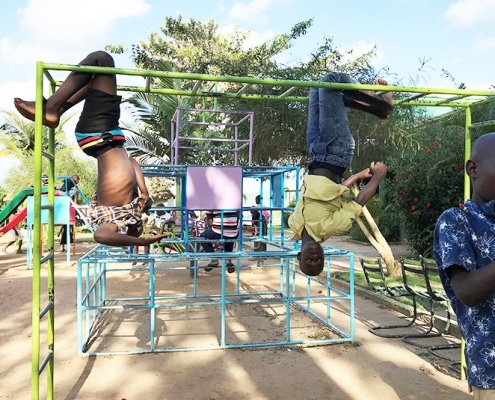 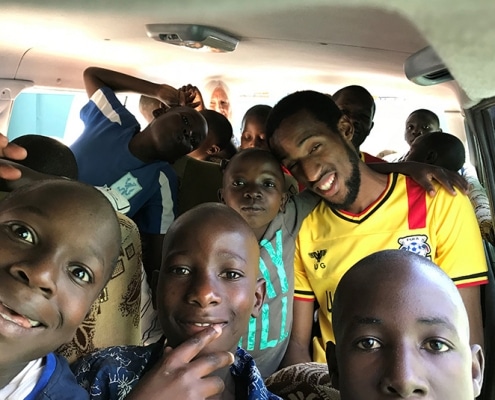 I’m rather late writing the newsletter this week as it has just gone midnight and it’s now Sunday!

We have had rather an eventful week. Last Sunday Bob collected me after church and we went to see the boys at Meeting Point (on the welding course) who had a visiting day. There was a parents meeting where we had to introduce ourselves and say which teenagers we were there for, this was followed by a two hour meeting with the staff. Emma is doing really well and achieved a grade of 95% on his practical work. He had been unwell for a few days so after the meeting we had to receive written permission to take him out of school to attend our local clinic, where he was diagnosed with a urine infection and was happily home until Thursday; he was a bit reluctant about returning to school as he had enjoyed being back. Patrick and Derrick are also both doing well on the course, making chairs and money boxes.

‘Keep on loving one another as brothers and sisters. Do not forget to show hospitality to strangers, for by so doing some people have shown hospitality to angels without knowing it.’ Hebrews 13 v1

Tuesday we collected Helen, (a friend who works at London Diocesan House) from Entebbe, she had been on a SOMA mission in DRC and is now staying with me for a week before returning to the UK.

Peace, Bob, Helen and I took Keseeta, one of the new boys, to his home village near Wobulenzi, Luweero, on Wednesday, to find his ‘grandys’, whom he had been staying with before running to the streets. Unfortunately, we found that although his father’s grave is on the land next to the home the couple weren’t actually his grandparents, a rather complicated story! We were given the telephone no. of his real grandfather who lives in Mukono so we will have to visit there another week to investigate further.

Godfrey is off to the village today for a week visiting his grandmother and Anton is going to Betty’s farm for 5 days on Monday. Anton went back to Agromax on Wednesday to take his final exam, he thinks he has done ok but we have to await the results now. Tony-Shaffick, is also away for a few days (one of our boys who is from DRC). His mother, who is a refugee and a widow is getting remarried today and we have been invited to the wedding. She came to GP a couple of weeks ago with the invitation and shared with us the good news that she has recently become a Christian.

The boys at home went swimming one afternoon with Helen, Bob and Sam but I stayed to do some paperwork, Helen enjoyed their dancing which took place following the swim. Everywhere you go here there is music playing and everyone responds with dancing!

We have also had decorators repairing and painting the outside and surrounding walls and latrines so everything is looking ‘spick and span’.

The boys enjoyed their time at KK Saturday afternoon and later were enthusiastic about making bracelets out of small different coloured elastic bands which have just caught on here as the latest craze.

I’m off to bed now! Goodnight.