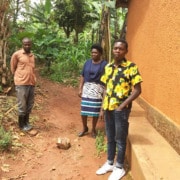 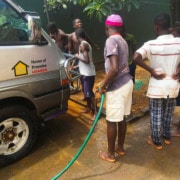 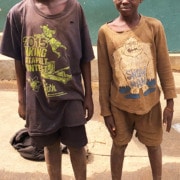 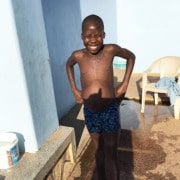 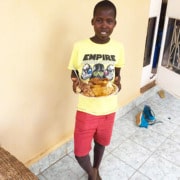 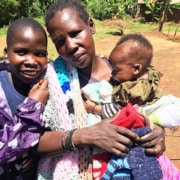 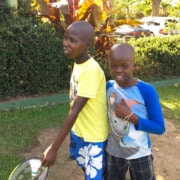 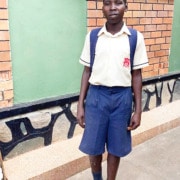 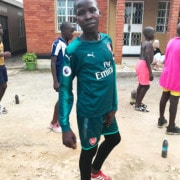 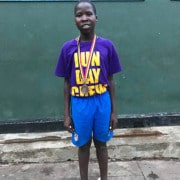 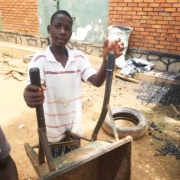 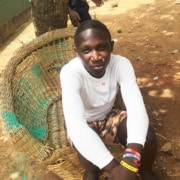 I have heard very little this week from Shadrach as they have had no internet connection at Homes of Promise.

On Monday Peace and Shadrach took Simon Peter, one of our older boys who is in independent living and trained as a plumber, to find his father’s relatives. Simon Peter’s father had died before he came to us, and as often happens in Uganda he had been put in the care of his father’s family; this had not worked out and consequently, he ran to the streets. We did find his family in May 2016. He now has regular contact with his mother and two half-siblings but has had no contact with his paternal uncle, aunts and cousins since that time. Simon Peter and Peace did manage to visit his father’s grave during the visit. Hopefully, he will forge stronger links with this side of his family now.

…’not looking to your own interests but each of you to the interests of the others.’ Philippians 2 v4

The boys are all well at George’s Place and enjoying being back at school. I spoke with some of them on Saturday morning but it was a very poor connection. They were busy cleaning the minibus and the compound, it’s good to see them keeping busy.

A British doctor whom I met about 6 years ago, when I was involved in a medical camp in Nabumali has contacted me, he has returned to Uganda for a few weeks and has arranged to go to visit George’s Place next Thursday, which the boys will be thrilled about, they love visitors!

As I have little news this week, I thought I would write about Kodet.

Kodet comes from a large Karamojong family from the northeast of Uganda, bordering Kenya and South Sudan. The family moved to outside Mbale a few years ago as life in Karamoja is extremely hard. Little grows in the region because of the climate and the main occupation is cattle herding. I visited the area not long after I arrived in Uganda with another charity delivering school supplies mainly to senior schools and was troubled by the poverty.

There are 10 children in Kodet’s family, Kodet being the oldest boy. Life is still difficult for this family even in Mbale, they work in the rice fields and live in rented accommodation. Kodet came into our care in October 2017, when we were in Kisenyi feeding children and working with a church outreach programme. He has been with us since then and been studying at Maranatha Christian School. He recently finished his Primary 7 examinations. He has told me he would like to be a car mechanic so we are looking for a 2-year course for him. Kodet is a quiet boy – he feels he has a responsibility to do well so that he can help his parents and siblings. He has studied hard, is always polite and can be a bit of a loner. Kodet likes swimming, football, singing in the church choir and badminton. Your prayers please for Kodet as we look for a vocational course for him.

Thank you for your continued love and support for the boys.

Paul and Shaffick are back, Abdul out of hospital, prayers for Omoding. Yearly...