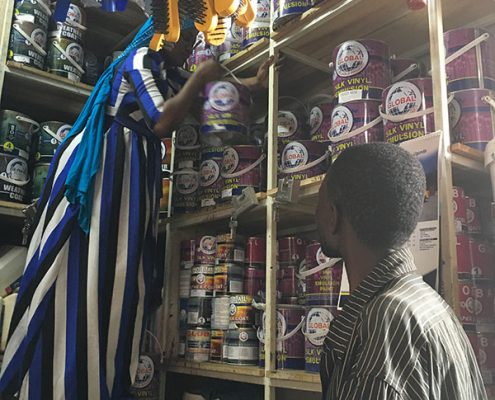 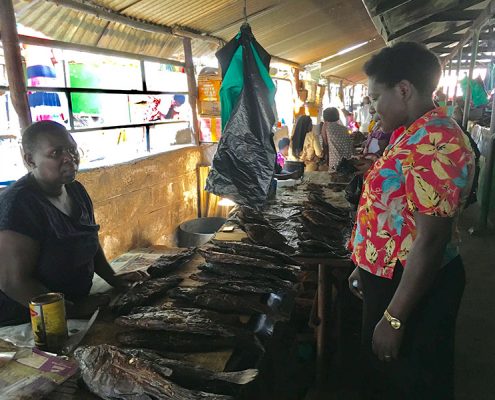 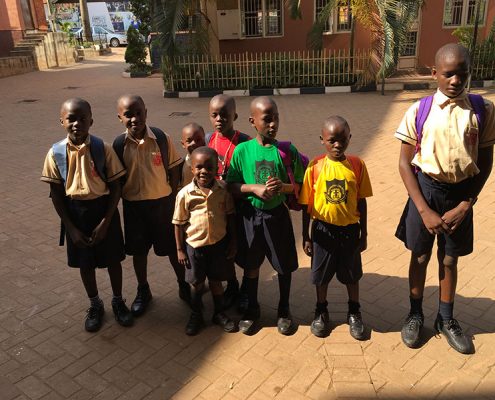 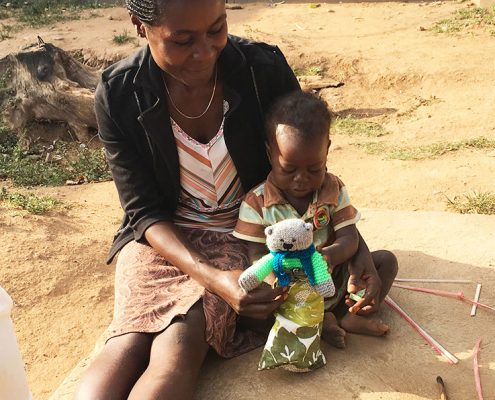 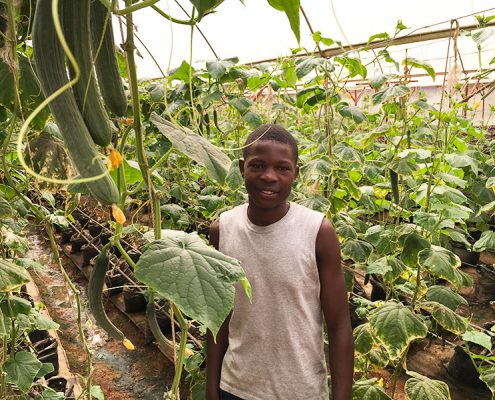 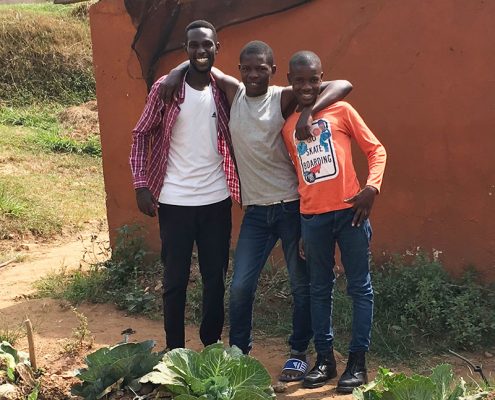 Peace and I again visited the market on Monday morning. The army had been sent in to clean the place up and were involved in sweeping the rubbish into large piles, which we manoeuvred around successfully. They had been issued with masks which we would also have appreciated! It was extremely warm but we sheltered from the sun at one point in a small shop where the lady sold us water and let us sit and rest. Tim was in charge of the cooking Monday and Tuesday as Gorette was off work. He managed very well and is good at preparing, cooking and serving food. He graduates in March from his baking course.

This week we have been cleaning and tidying the house as the boys are back at school but it’s more like one step forward and two back. The curtains were taken down for washing but between being washed and being ready to be hung up again all the strings were removed that draw the curtains together – consequently, I was not happy! But apart from that everywhere is looking cleaner. We also had some painting done in the boy’s bedrooms which hopefully when finished will brighten up the place.

‘There remains, then, a Sabbath rest for the people of God; for anyone who enters God’s rest also rests from their work, just as God did from His work.’ Hebrews 4 v9 10

Dr.Trevor, from Bristol, whom I met three years ago when he came with a team running a medical camp was here for a few weeks and I met up with him one evening before he caught a flight back to the UK. He had been visiting refugee camps and hospitals in Gulu and Fort Portal. The Bristol diocese are linked with Uganda and his church at Nailsea is involved in supporting different projects. It was good to catch up with him again and hopefully, he and his wife will be returning more often now he is retired.

On calling at the medical centre to pay our monthly bill I was able to, hand out some of the knitted teddies we have been given to local toddlers. I saw one youngster who was crying so went to the car to find a teddy and in a matter of minutes, I had distributed about 8 as children seemed to appear from nowhere! They were gratefully received. Toys aren’t in many homes – children play with empty plastic bottles, bottle tops, etc. Even Yusuf was making a ball from plastic bags and string yesterday when I left GP.

On another afternoon this week Peace and I took Tony and his mother who are refugees from DRC to the UN. We were not warmly received by the young man in charge and were sent on our way to another centre. There we received a better welcome and the mother was given an appointment to see a solicitor the following morning.

Tresor, young Paul and I visited Anton on Saturday. He took us all around the Agromax site and showed us some of the things he is growing in the greenhouses. I met Ronny the man who runs the project. (I believe he is from the Netherlands). Following our visit, we took Anton out to lunch before returning and meeting the boys at KK Beach. They enjoyed the trampolines again though it’s still very warm here for jumping about and played volleyball, football and badminton. Returning about 6.30pm at George’s Place.

So today I’m looking forward to a day of rest – off to church and hopefully meeting up with friends for lunch.
With love and prayers.