Taking Anton to Ibanda, collecting Samuel from the village and Abdullah arrives. 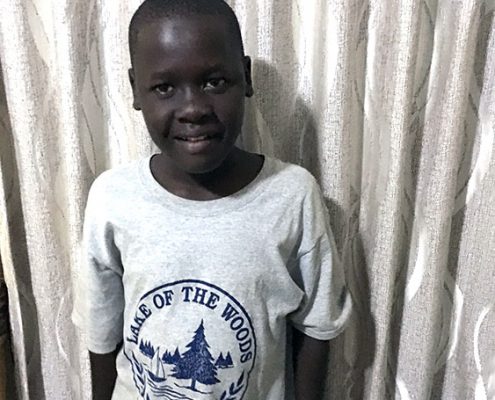 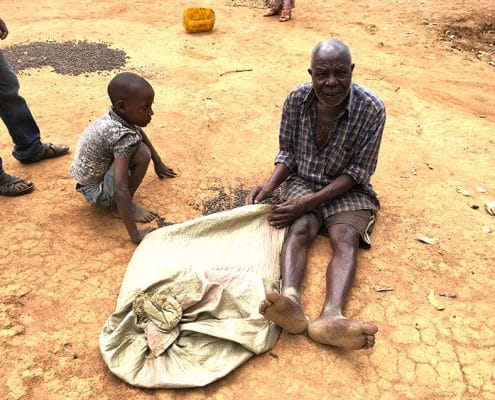 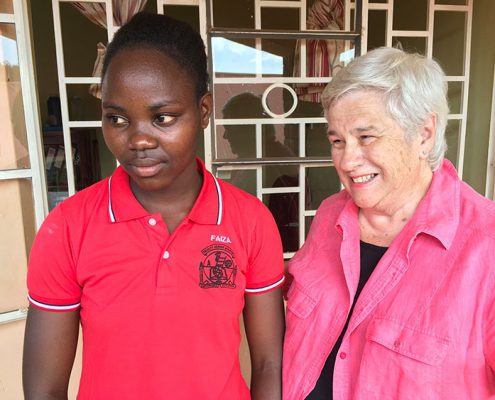 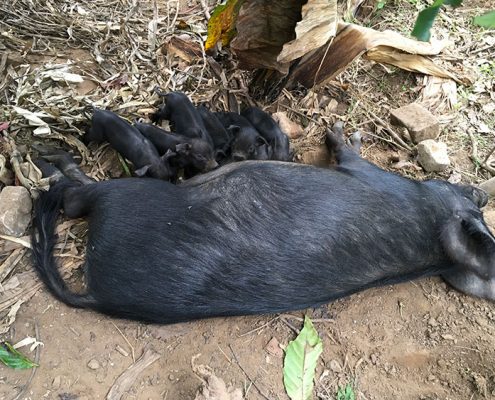 Dear friends,
The week started with Timothy (Social worker) and I taking Anton to Ibanda. It’s a long drive and I drove the first part of the journey to Masaka where we stopped for lunch and we then drove on to Ibanda. Although I have visited Anton’s home, (he is an orphan) it was before we had officially opened George’s Place – he had been resettled with an aunt by another NGO but ran away again back to the streets of Kampala. The aunt is disabled, has three young children and uses one of the two rooms of her home as a bar to earn a small living. She continually has a terrible cough caused by the dust going into her lungs as she has to crawl around the ground. Although she was aware Anton was staying with us we needed her written agreement. The aunt has very little and when we arrived had been collecting a few beans in a cup to cook for supper for her children.

Tuesday we visited Samuel who was staying in his home village near Masaka. He has finished his vocational training in hairdressing and had returned to the village to help his grandfather. Sam took us on a walk to the water bore hole where we collected two Jerry cans of water, I find it difficult to imagine walking that far for water every day for bathing, washing and cooking (I can’t even lift a full Jerry can!). He came back with us for a few days to collect his hairdressing equipment and to visit his grandmother (Jaaja) who has been in hospital in Kampala and is now staying with a daughter. On Thursday we found her – she was so happy to see him – and spent time counselling him about his future, of course we all prayed before we left.

‘Sing and make music from your heart to the Lord, always giving thanks to God the Father for everything, in the name of our Lord Jesus Christ.’ Ephesians 5 v 19/20

After asking you to pray last week the police contacted George’s Place and wanted us to collect a boy they had found being used in child labour. Abdullah says he is 11 yrs but looks about 9 yrs. he’s very quiet and shy but settling – he has asked for a prayer mat which of course we will supply. His story is sad, he was in boarding school and when he returned home was told his mother had died – the house was all locked up, his step father had gone and he found himself on the streets and then forced into work. We have been slow in interviewing him, allowing him to enjoy being well fed and safe. He seems such a good boy.

Tim has spent most of the week at the clinic as he has had a bad bout of malaria and goes down very quickly because of his low immune system – I get very worried about him – so he’s not been busy baking cakes this week!

Before I return to the UK we are planning a birthday party for the boys and inviting some of their parents who live nearby, the staff and their families, so Fridah and I have been busy arranging things.

On Friday afternoon I went with Sue to visit a young Sudanese girl who walked with a group of people from Yambio Town in South Sudan, through DR Congo to a refugee camp in northern Uganda where the SS Archbishop found her, they slept by the road, no blanket just the clothes they stood up in. The Archbishop has placed her in a boarding school and a friend of Homes of Promise is willing to support her with school fees and requirements. Another sad case, she didn’t even have any knickers (luckily I had a spare pair in the car, which she put on straight away, Girl Guide motto – Be prepared!) Sue has been busy buying mattress, sheets, toiletries and we organised for the school uniform to be available and the school fees to be paid. She was so happy and thanked God that He had supplied all her needs.

So another week has passed – Sunday I am visiting Patrick and Emma at the vocational college as they have an open day – I’ll be taking goodies of biscuits, gnuts, cakes and they both need a small flask for keeping tea hot.

I am sure returning to the UK will not be easy as every day here you are faced with people in tragic circumstances, mostly being thankful for small blessings and very rarely moaning about their situations – we have so much to be giving thanks to the Lord for!

Patrick and Emma off for Vocational training, Ole visits, and Tim continues...

Visiting Patrick and Emma at their vocational training and the boys Birthday...
This site uses cookies: Find out more.
Scroll to top