The boys help their neighbours, boxes from the U.K., Flavia looking after 33 children. 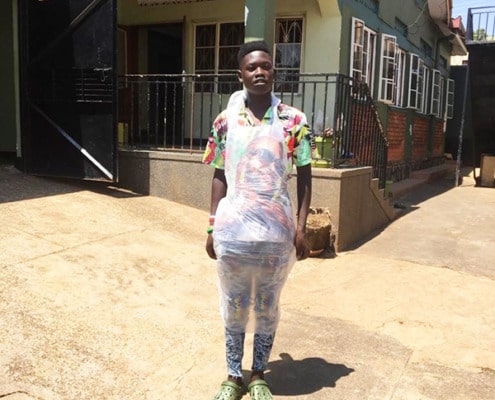 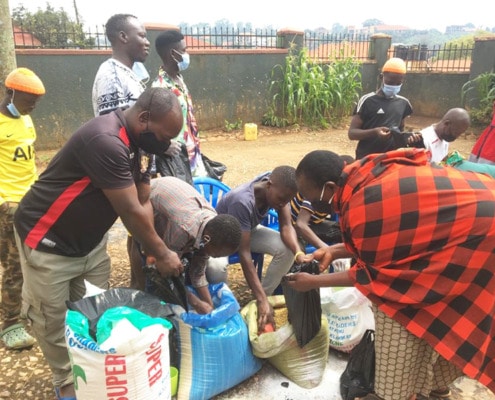 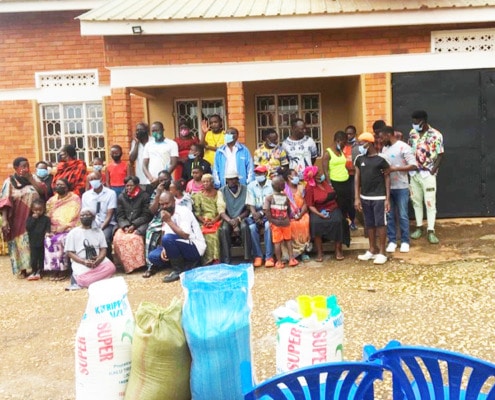 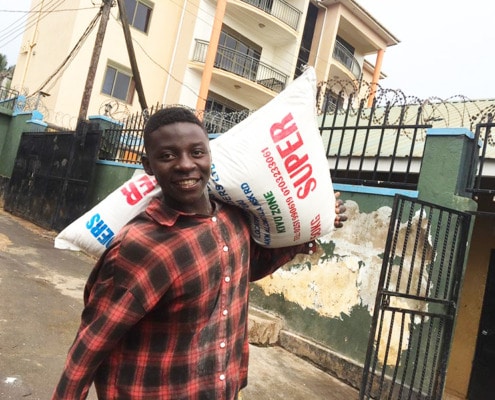 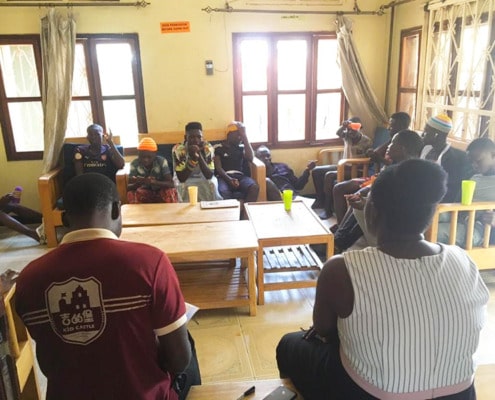 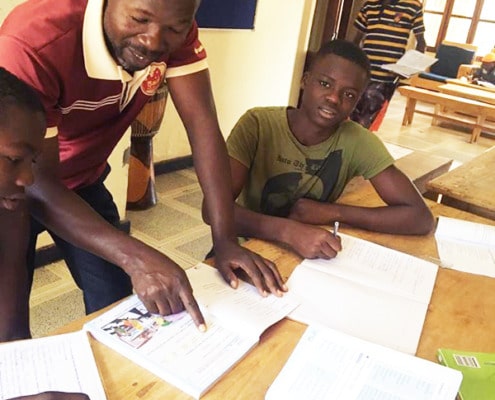 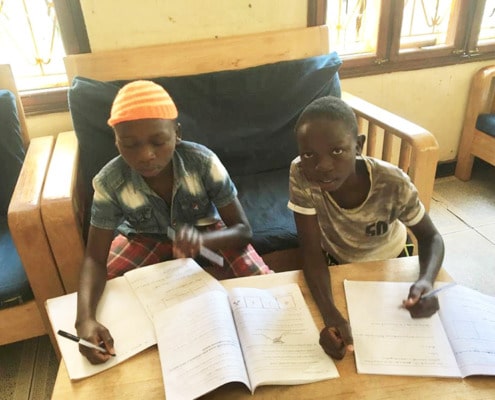 It has been a quiet week and I’ve had very little contact with George’s Place or Shadrach as the WiFi connection has not been good. I have, however, been hearing how difficult it is for people in Kampala and we have arranged to be helping Flavia who is now looking after 33 young children. The twin boys, Kato and Wassaw, who we paid school fees for earlier in the year (though schools were only open for a few weeks) are now staying with her as their grandmother passed away. Shadrach is planning to send Flavia some food for this weekend as they are in real need. On Saturday morning 34 of our neighbours, who are struggling were given food parcels by the boys and I believe these were gratefully received.

Jesus called his disciples to him and said, ‘I have compassion for these people; they have already been with me three days and have nothing to eat’. ‭‭Mark‬ ‭8:1-3‬

I have been sent a few photos of the boxes that arrived from the U.K. being opened, these mainly contained knitted baby items and I think you can see from the boys faces that they were hoping for T-shirts or knitted hats!

The staff and boys had a meeting one morning but nothing has filtered through to me about what was discussed. I have authorised payment for a new laptop and we will see how well this works before we order anymore. In the past I have bought them in the U.K. but the prices seem comparable.

This week I collected about 70 T-shirts donated by running clubs and have visited the shipping agent, in Tottenham, who asked me if I would like some matoke, (which I declined gracefully!) some of the T-shirts I am planning to take with me on my return. I also met up with Ken Mdoe again, who is on our Management Committee, to discuss and think about the way forward for the charity, especially in these challenging times. It doesn’t look as if schools will be reopened until 2022, although churches can open with congregations of no more than 200 from next week. The curfew remains in place and if you are out after 7pm you can be arrested!

I’ve heard from a few of the older boys this week – Anton now has too much rain in Ibanda but tells me his brick making is going well, Patrick is hoping I return soon to help him get some new teeth, Emma, Tim and Augustine were also in contact!

Please do be praying for our work and the people in Uganda who are struggling to provide food for their families.

Thank you for your love and support.

Back in Uganda, talking with the boys, cleaning the house, pork or chicken
Scroll to top