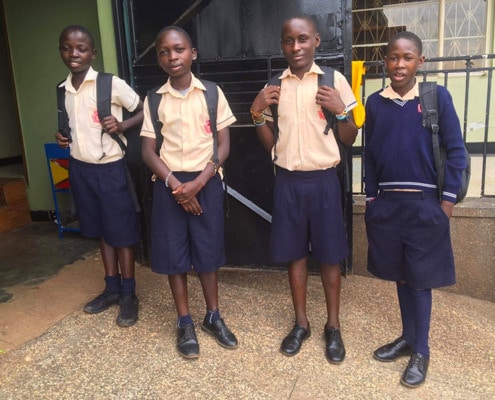 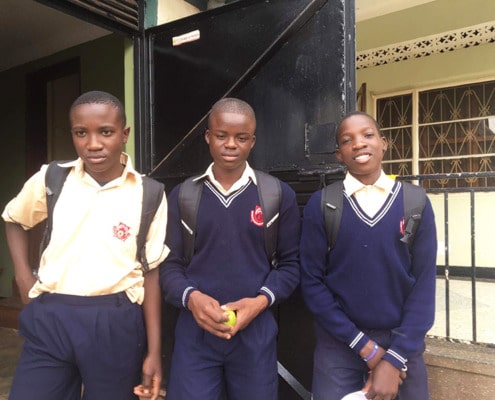 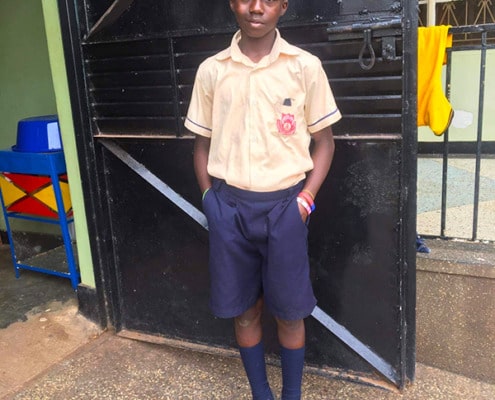 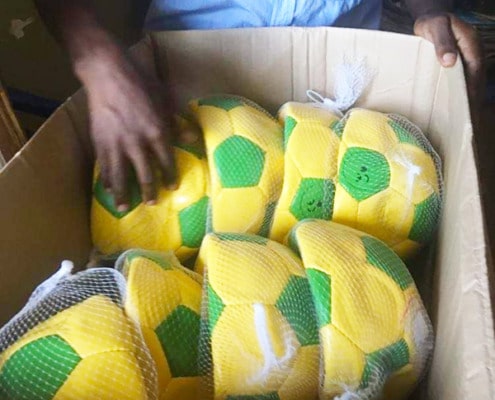 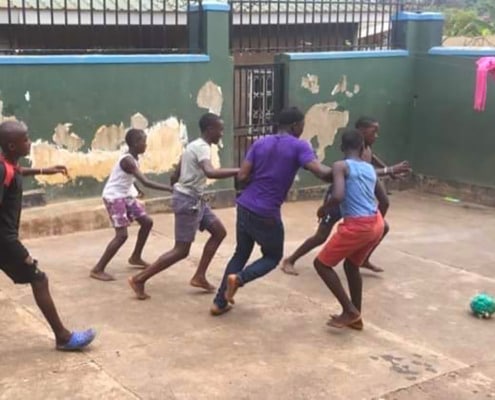 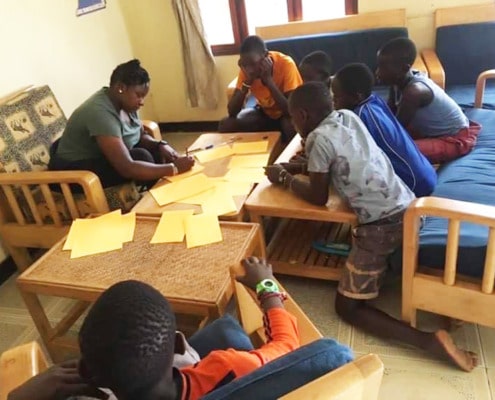 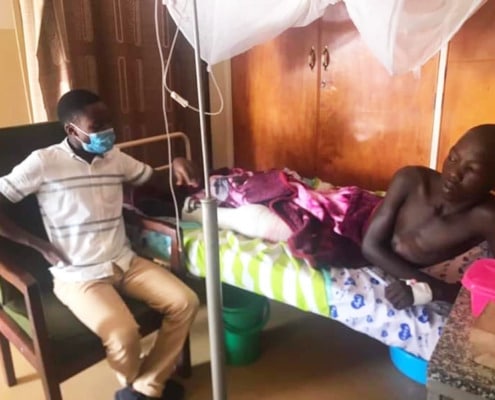 Every blessing on this Palm Sunday morning. In Uganda, they actually cut the palm branches from the trees and process through the streets to remember our Lord riding into Jerusalem. Our boys will be attending church this morning and waving real palm branches.

They all started school last Monday, we needed to order some new belts and long socks as some of the boys, not surprisingly, had lost/worn out pairs given them in January 2020. The schools had been closed for nearly a year. We also had to send 12 pencils, 8 hard-backed exercise books, 2 brooms, 4 toilet rolls per boy as well as all the other requirements – and they now have a week off for Easter holidays unless they are taking exams!

The crowds that went ahead of him and those that followed shouted, “Hosanna to the Son of David!” “Blessed is he who comes in the name of the Lord!” “Hosanna in the highest heaven!”Matthew 21 v9

Victor arrived back on Wednesday, he has been staying with an aunt and her children. He seems to have grown so much taller over the last few months. Victor is a thoughtful boy and has always been very inquisitive – asking questions all the time, in the past he would regularly arrive back from school with a few flowers for me. No questions asked!

A shipment arrived from the U.K. this week and one of the boxes contained all the footballs we had been given so there was great excitement over these. The boys have been going regularly to the rough land to play but Saturday morning were playing in the compound with a ball made from plastic bags – just in case it went over the fence and was confiscated by the neighbours.

Kodet has gone to a different school for the next few days to take his National examinations, I don’t really understand why this has happened. He was enrolled at this new school in January when they reopened for final year students but then went back to Maranatha, where he has been attending, with all our other boys for the last few years. Shadrach took Kodet on Friday afternoon and on the way called at the Muslim hospital in Kibuli where Abdul has been admitted, for surgery on his knee. Unfortunately, Abdul was also suffering from bronchial pneumonia. Abdul has now had the operation – internal fixation surgery, with metal wires and screws used to keep the bones in place – prayers please that this is successful. He also needs another CT scan. Homes of Promise are paying for his medication and hospital stay. I have been in close contact with Flavia who found funding for the operation. It is good to be working with other organisations helping boys still on the streets – operations and hospital expenses can be very expensive. Strangely Kodet knows Abdul from his home area and was pleased to visit him but obviously anxious seeing him so unwell; following the visit they went to St. Luke’s Church in Ntinda to pray for Abdul.

I did speak to Augustine on Saturday morning, he has been away working on a building site all week but came back to find that the room he is renting had been broken into and some of his possessions taken. He had a padlock on the door but this had been broken – it’s so sad for these boys who are trying their best to get on.

Thank you once again for all your support and prayers for the boys.

Easter holidays. Visiting Day for Denis, set back for Abdul.
This site uses cookies: Find out more.
Scroll to top