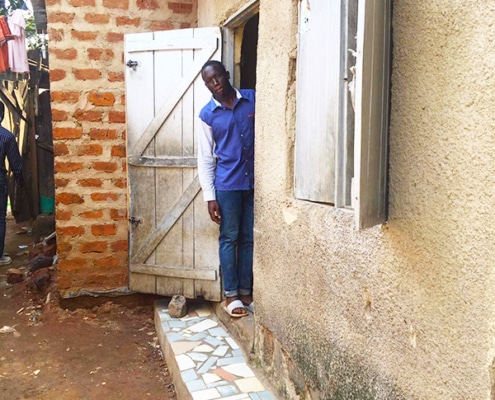 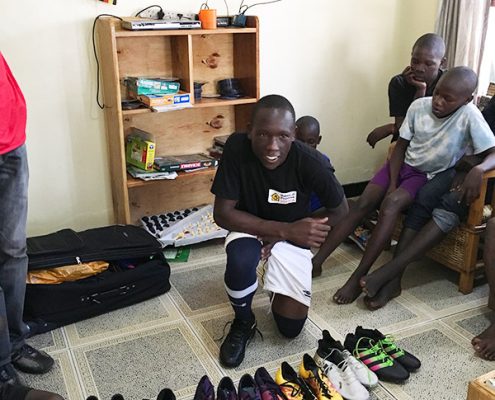 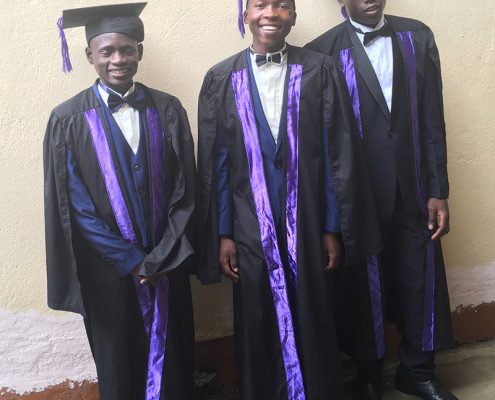 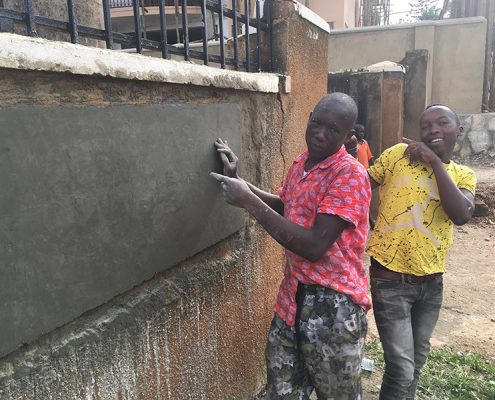 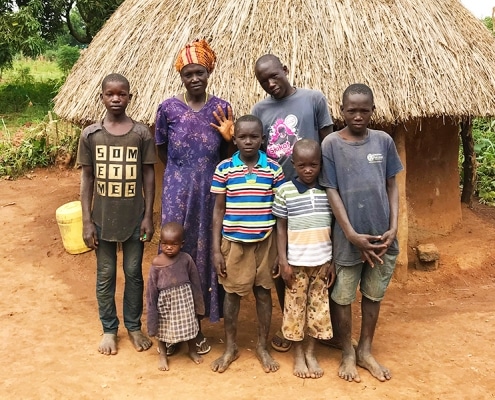 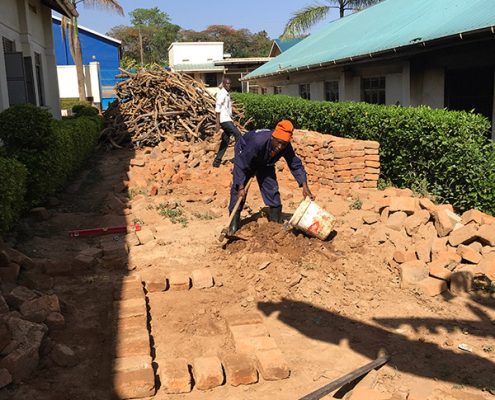 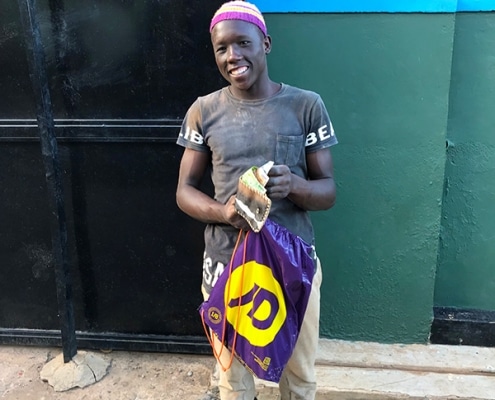 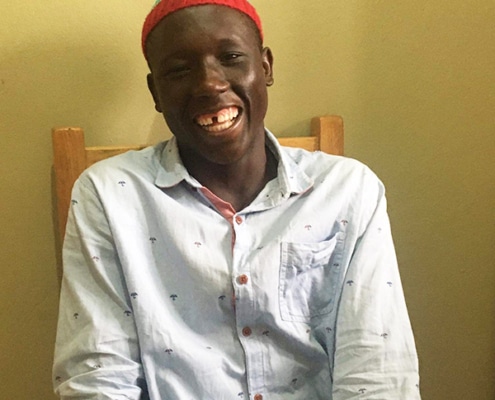 Augustine first came to George’s Place in May 2016, when another organisation who were working with boys on the streets contacted us and asked if we had space for a boy who was sick and needed medical treatment. Of course, we agreed for Augustine to come and stay. He was older than most of the other boys and had been on the streets for a while. The following day I took him to my doctor and he received the appropriate medication.

Not long after we travelled to Palisa and found his mother with a number of younger children, their father was away in the Army. Augustine had come to Kampala to find work but fallen sick and ended up on the streets.

He spent a few weeks settling in before we enrolled him at CCP Vocational College in Mbale on a two-year building course. He graduated in 2018 – all his teachers were pleased with the way he worked and his friendly attitude.

Augustine joined the local church in Mbale and also a local football team – he loves football. After the course, he returned to our home in Kampala and has been working on building sites for a while now – usually temporary work. He has recently moved into a room not far from George’s Place. He has regular contact with his large family, one of his young sisters is named after me – ‘Aunt Jane’.

Augustine is a strong, fit young man, he can be ‘firey’ at times but is kind and sensible, and we wish him well as he matures and grows in his faith.