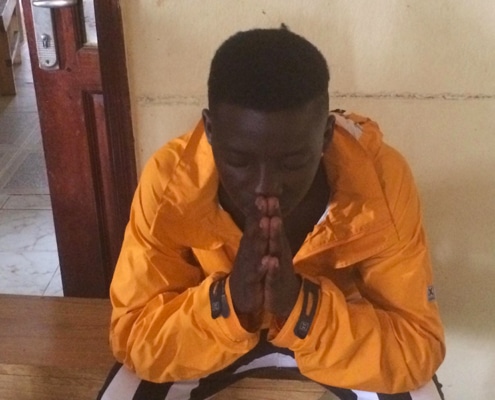 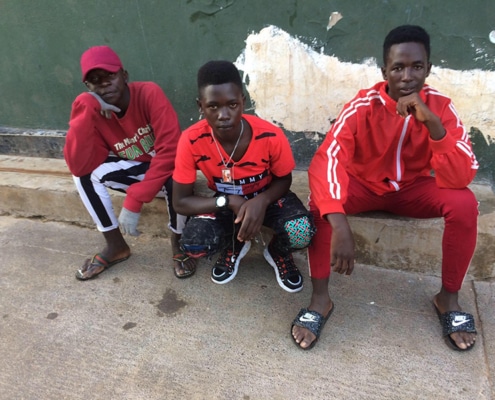 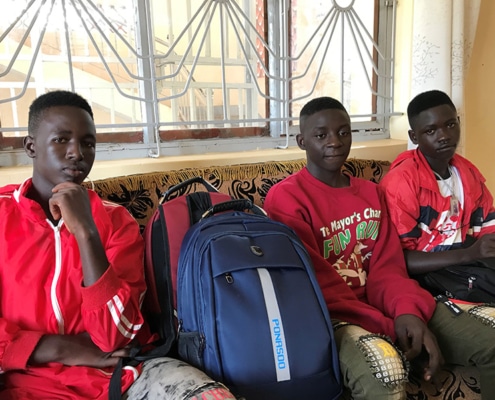 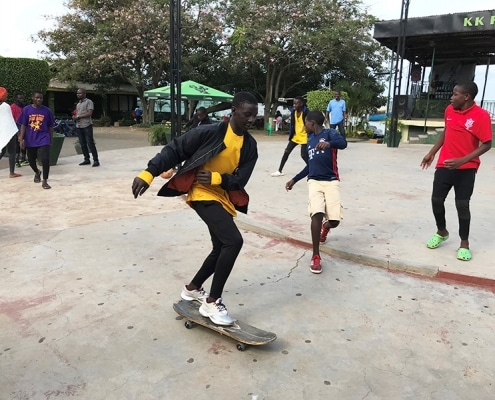 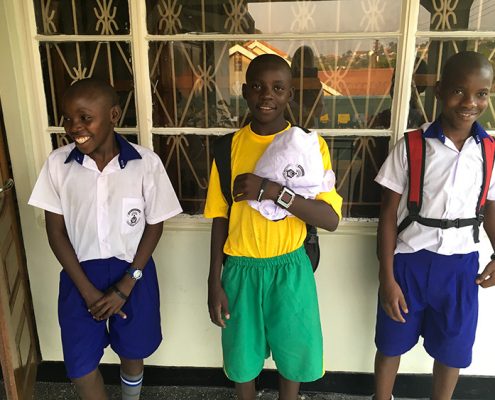 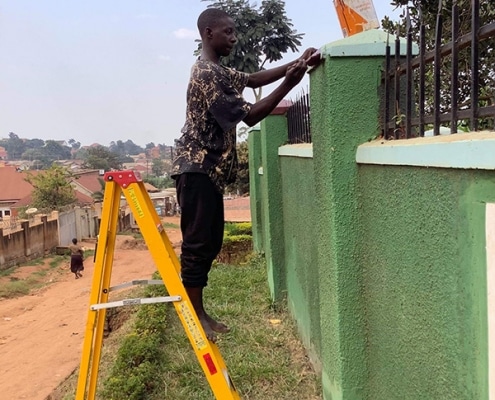 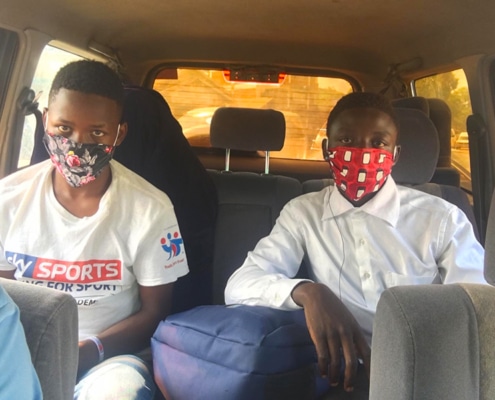 Ronald was one of the first boys to join George’s Place in May 2016. He has never been in any trouble during the whole of his time with us. He is always good and gets on well with the other boys. Ronald is very easy going and not often upset by anyone.

Not long after he arrived we found his father’s home, in Mubende District. The father was often away and the house was locked up, it’s in a very remote area. Ronald is the youngest child in the family and sadly his mother had died three years earlier, his older siblings had all moved away. Usually, wherever you go in Uganda there are young children around who come and make themselves known to you, but where Ronald came from there was no one nearby only a couple of elderly relatives about 1km away. The probation officer who was with us felt Ronald would be in a very vulnerable situation if he stayed and so he returned with us and was placed in our care.

Ronald attended Kennedy Primary School for three years, up until last December and finished his studies in P5. During his last year at school, he took on the role of ‘Time Keeper’ and was responsible for ringing the bell throughout the day.

We had to buy him a watch to help him fulfil his duties. He had just started at Don Bosco Vocational Institute, in Bombo, (boarding), on a 2-year plumbing and welding course before the lockdown started.

Ronald makes his own fashion statement, can be serious but is usually happy and content, he enjoys dancing, football, badminton and swimming and he visits his older sister and brother for holidays. Your prayers please for Ronald as hopefully, he will be able to resume his vocational training before the end of the year.