Sula is back and we have a new boy another Derrick , ‘new’ Brian from Nebbi returns from the village, art classes a great success. 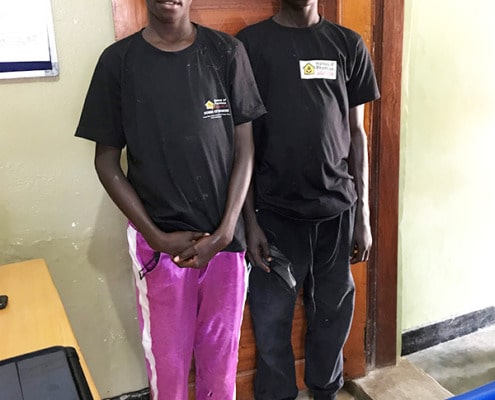 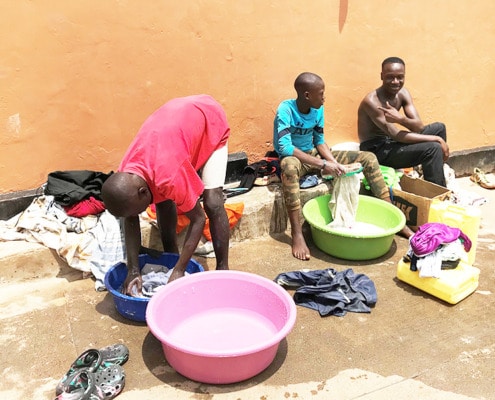 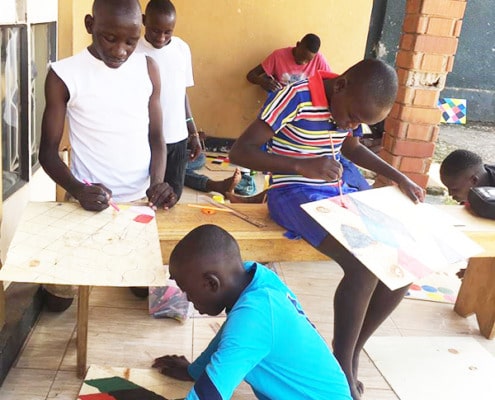 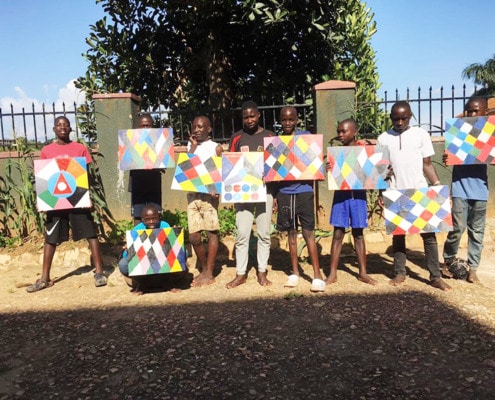 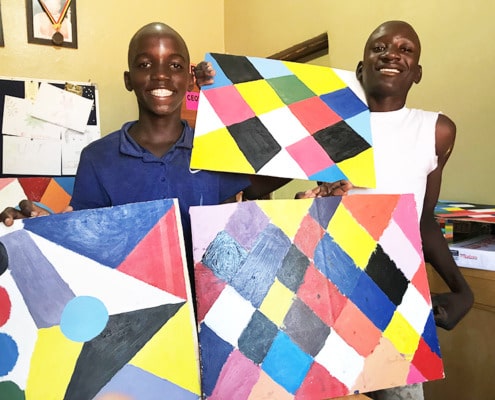 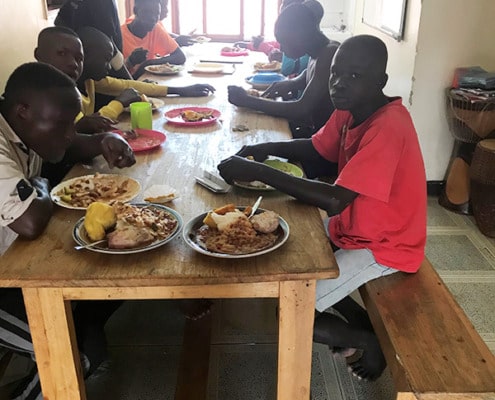 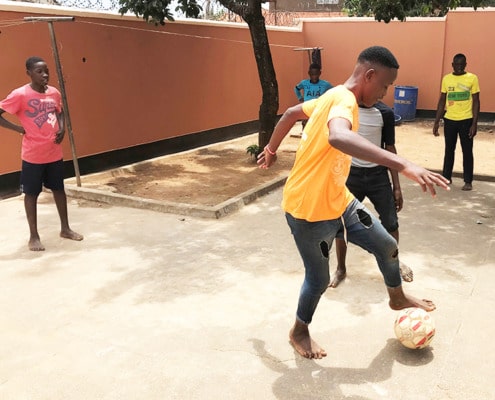 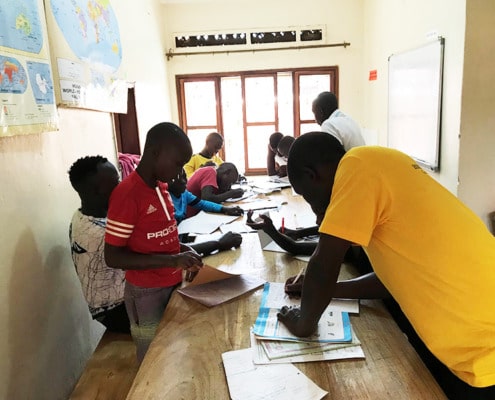 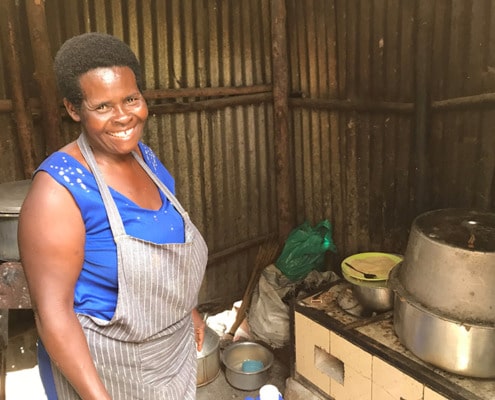 When I arrived on Monday morning there were four boys wanting to come into George’s Place. Sula had brought back three friends. Peace and Shadrach had a difficult decision to make and unfortunately we only took Sula and another boy, Derrick into George’s Place. They both seem to be settling in well. We have been in contact with Sula’s sister and she informed us that his mother has been deported from Dubai and is now back in Uganda. We hope to find Derrick’s family this coming week once the car has been worked on! Maybe when the older boys have returned to vocational training at the beginning of November and are in boarding we will look at taking in more boys. Most days there are about 25 boys here as those in Independent living call in regularly as there is little work around.

‘Every good and perfect gift is from above,’ James 1 v17

Monday morning Dennis went with Kodet to the market and bought all the perishables, (oranges as well). I’ve heard no complaints from the boys or the cooks so assume they bought wisely. They did ask if they could buy Jack fruit next week and I agreed that would make a nice change. I also sent them on Friday to buy paint and brushes that Mary had requested, for the art class on Saturday.

The ‘new’ Brian, who arrived in 2019 came back from the village this week. He comes from the north west, near Nebbi, and wants to join a car mechanics course, so we are planning for him to go to Hope International when they open shortly. I’ve been sorting out the long list of requirements that each boy needs for vocational training.

I’ve been three times to the vet this week, with Peanut, he needed some injections and also had a sore pad that needed antibiotics – he seems to have calmed down slightly and is putting on weight!

The boys are all well, I dropped Sula, Derrick and Uncle Sam at the clinic three days running as the boys were given treatment for ulcers! I’ve been driving myself most of the time, though did have a young man who Christine recommended drive me to the bank in Kampala a couple of times, we now have the bank App on the new laptop to make it easier to pay bills on line. I was stopped by the police when I was driving to work on Saturday morning but that’s quite normal!

Chantal also called in to see us, she had finished the training in Mbarara and had a couple of days off before she returns to register the refugees through UNHCR. It looks like she could be having a full time job as they work with other aid agencies as well.

Another week is over, the sun is shining, it was really hot this morning but has cooled down a few degrees as there was a shower about half an hour ago. Standards had slipped but boys are now back eating at the tables; bathrooms, toilets and rooms have been thoroughly cleaned and everywhere is looking better. We had a time of reflection and prayer this afternoon before I left.

Love and prayers from Kampala.

Getting motivated! Cleaning, decorating, working together! Photos from Mar...