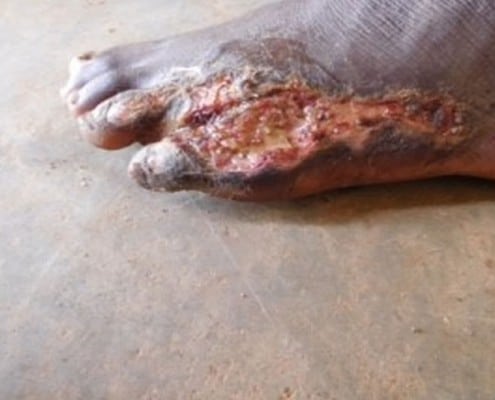 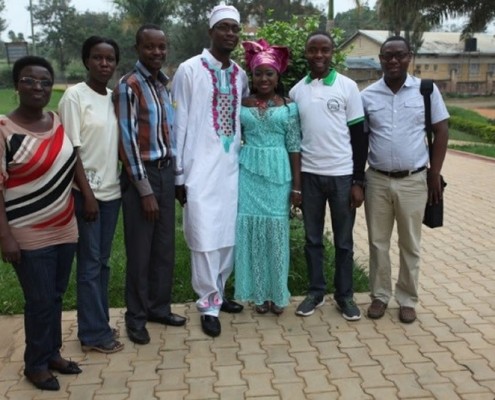 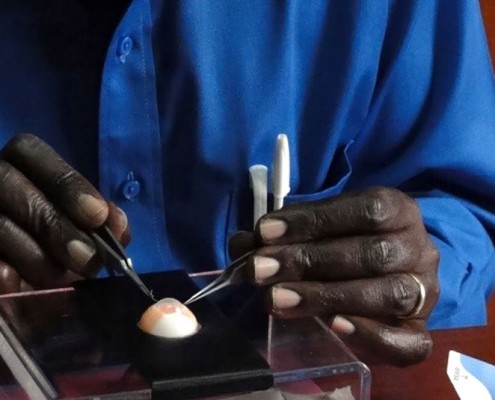 My mum’s farewell service was a real celebration of her life with nearly all the family involved.  My grandchildren, Luke and Emily read poems, my foster sister Chris, friends Ann, Ailsa and I spoke about my mum’s life.  Adam my nephew read one of the lessons and James and Nick were pall bearers.  Following the service we went back to Nairn House, the nursing home where she had lived for the last six years and after refreshments enjoyed celebration cake with a toast of sherry (her favourite tipple), it was a really lovely afternoon.  One of my mum’s earliest memories had been when her mother died (she was only 5 yrs) she remembered Psalm 121 being read to her, which later became one of her favourites.  Donations of over £300 were given to the Mothers’ Union London Diocese in memory of my mum. Thank you for all the love and support that has been shown to myself and my family over the last few weeks.

There have been mixed blessings for Homes of Promise recently, the Meals for Kids project has had to stop feeding the boys for the last couple of weeks, there has been trouble in Balikuddembe, whilst I’ve been here, one of the boys stole a telephone from a car, with the window left open, in the compound and the police were called, (15 armed police arrived!) We hope feeding will resume shortly. One of the street boys had a large open wound on his foot so Tresor took him to hospital daily for dressing and injections and this has healed nicely.

The Ophthalmologists from Bristol returned to Mbarara to finish off the training programme in January, this resulted in 11 registrars and 2 consultants being trained. This pilot scheme has led to funding being successful from the British Council for the Prevention of Blindness, the Ulverscroft Foundation (Leicester, UK), CBM-USA, and Alcon South Africa. The Surgical Simulation Training will be taking place over three years from the end of this year. They will be setting up Southern Africa’s first dedicated ophthalmic simulation surgical training centre based at the University of Cape Town.

Initially trainees from Malawi, Kenya, Uganda and Tanzania will be invited for intense training in glaucoma and cataract surgery.  At a later stage, other countries will be involved, and once this is proved, the idea would be to roll it out and set up similar surgical training centres throughout sub-Saharan Africa.

This is wonderful news, many people in the future will have their sight saved through this programme; it was a privilege for Homes of Promise to be involved from the start which has paved the way for this life transforming work to evolve.

*James, Lynn and I have been working hard on the website since I’ve been here and we hope this will be up and running by the end of the month.

*Please be praying 11th -14th March for the registering process of Homes of Promise in Uganda as an NGO.

*Jackie did a wonderful radio interview with Radio Verulam sharing about the work of Homes of Promise and Bridge of Hope.  You can still listen on ‘listen back’ on their website: http://www.radioverulam.com Jackie speaks on Elspeth Jackson show – Faith Alive at 8am on Sun 28 February, it’s 8 minutes into the show and runs to 35 mins.

*Much prayer needed for the weeks ahead.  Thank you.

The Presidential elections took place in Uganda on 18th February and Museveni was re-elected, people have been very disappointed, there were a few demonstrations but things seem to be quietening down now.  I am planning to return to Kampala sometime during the week beginning 13th March so am taking this opportunity to wish you all a blessed and happy Easter.

Returning to UK and Balikuddembe Meals for Kids

Registration as an NGO in Uganda
This site uses cookies: Find out more.
Scroll to top