Getting motivated! Cleaning, decorating, working together! Photos from Mary 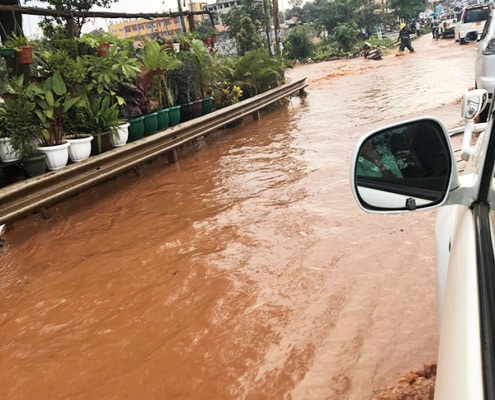 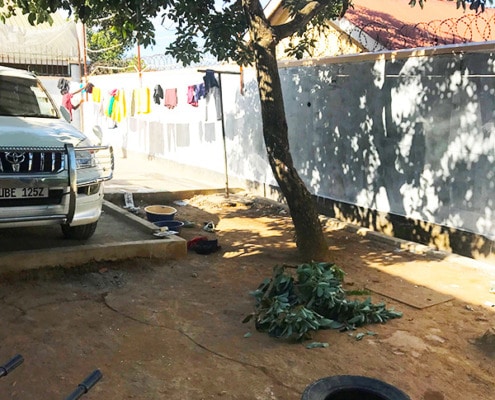 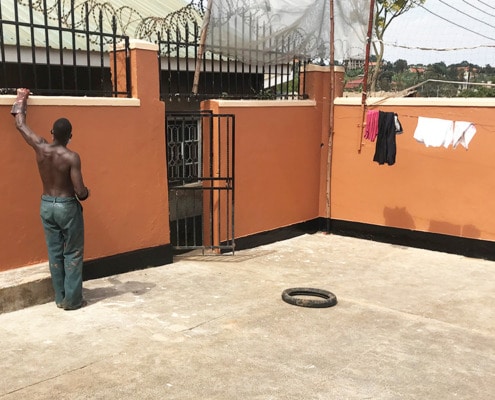 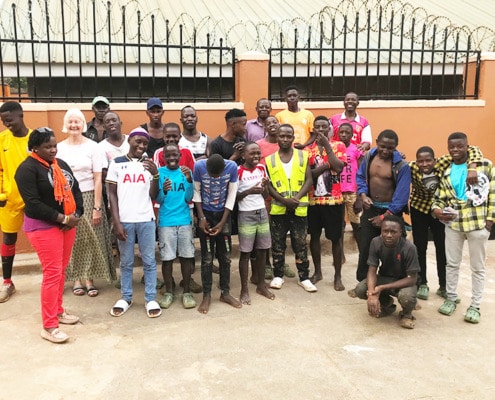 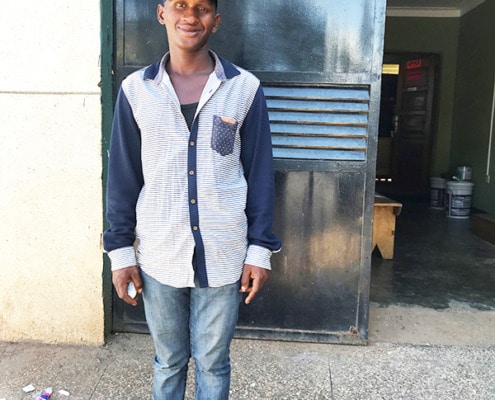 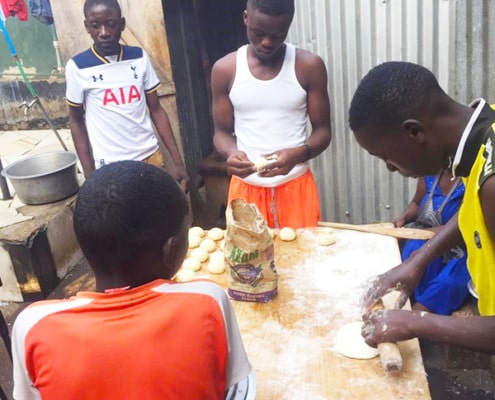 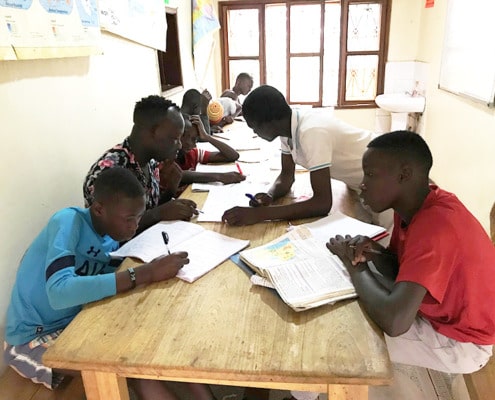 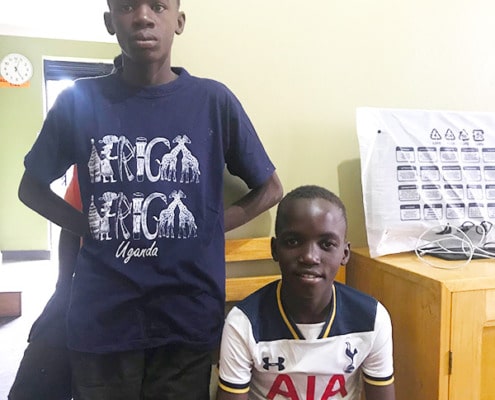 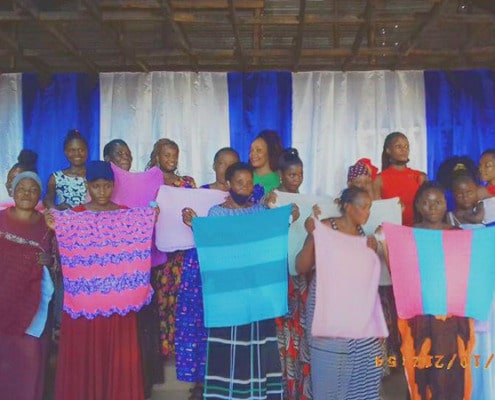 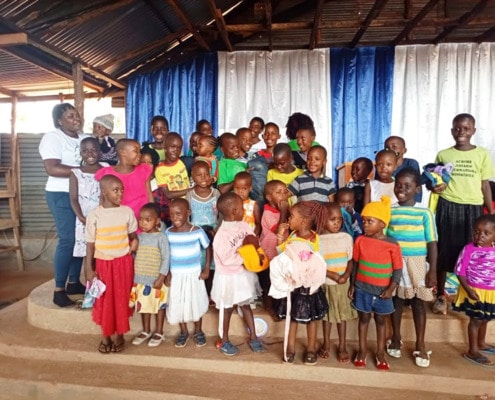 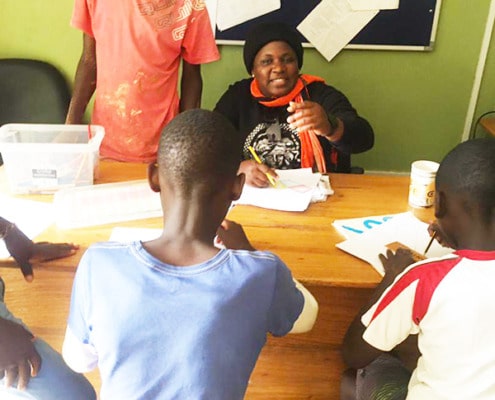 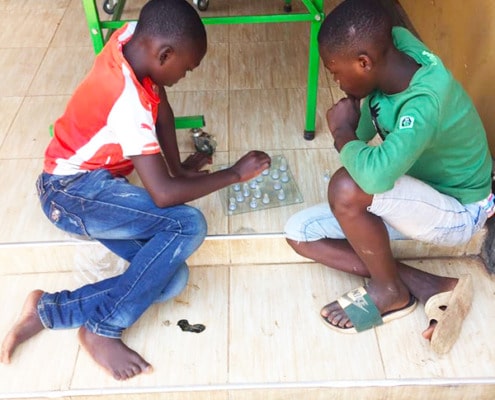 Greetings from a warm and somewhat damp week in Kampala! There have been at least three thunderstorms this week, mainly at night which has caused power cuts, one which lasted all day. One afternoon there was a torrential downpour and Mr. Mukasa who was driving me back had difficulty getting along the road by the swamp area which was flooded, the traffic was terrible and it took at least twice as long to make the journey.

Some of the older boys have been helping me fix things, Augustine cemented the floor in one of the showers and also filled in holes in the outside walls ready for decorating. Asaph has fixed locks on cupboards and also washed the walls in my office. He then fixed a hinge on one of the latrine doors. Tim, Godfrey, Kasita and Kodet helped Brian the painter in priming and undercoating and painting the perimeter walls. We’ve all been working hard!

“And whatever you do, whether in word or deed, do it all in the name of the Lord Jesus, giving thanks to God the Father through him.” Colossians 3v17

Sula, who had run back to the streets whilst I was in the U.K. arrived back at George’s Place on Thursday morning, with another boy called Davis. Shadrach, Dennis and I, talked to them, gave them lunch, let them bathe, gave new tshirts and told them to come back on Monday if they are serious about wanting to stay, later in the afternoon they were put in a taxi and sent back to Kisenyi. It sounds hard but we spend hours registering them with the police, probation officers, getting medical checks done etc. and we need to know that they are not wasting our time! Sula is a real character, good at acting, singing, performing – he was always on the stage at KK beach. We will see if they return. They both looked fit and healthy but the wet nights have probably made them think about shelter!

Mary sent photos of the ‘fish and chip’ knitted baby clothes that she gave out in the village she visited last weekend. She came to George’s Place this Saturday and some of the younger boys joined the art class.

So much seems to be happening, every time I try to get on with some work the boys enter my office. Joshua found an art book and has been spending time drawing or playing chess, the Lego continues to be a favourite and Kodet covered the Ludo board with some plastic. The table-tennis table is needing new brackets for holding the net and Tresor will hopefully have got them today. There doesn’t seem to have been time for aggravation between the boys, the DVD’s I brought back are being watched and there is a happy, noisy atmosphere everywhere.

Thank you for your continued kindness and support, it’s wonderful seeing the boys doing so well.

Work on the house, Spring cleaning, new laptop and monitor, out after curfe...

Sula is back and we have a new boy another Derrick , ‘new’ Brian from Nebbi...
Scroll to top