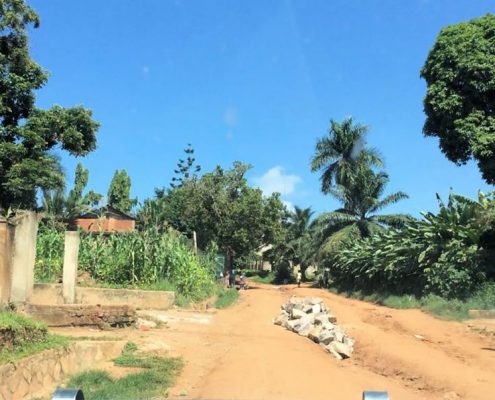 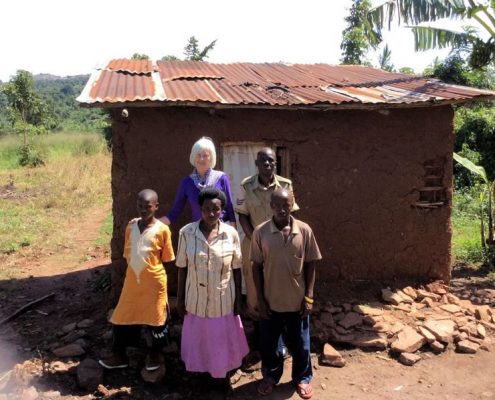 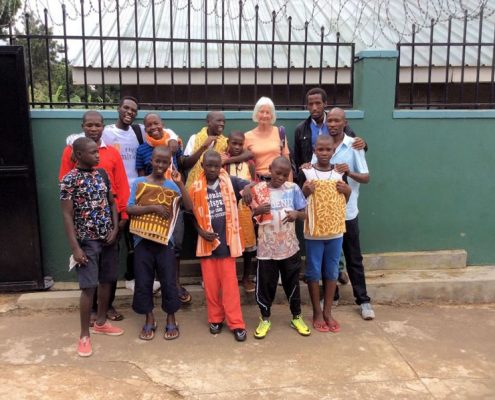 Life isn’t easy with boys who have lived on the streets. A few of them left but after a couple of days returned wet, hungry and bedraggled, asking forgiveness and wanting to come back, (expecting a beating or harsh punishment, but we just talked to them and prayed with them!) We have given them a second chance. Simon Peter returned, he was one of the first boys we picked up who wanted to return to the streets to be with his older brother after only one night, but arrived back 10 days later and seems to have settled now. I think some of the problem is that they have sniffed jet fuel in the past and are addicted – I have been in contact with the British doctor to see what help we could give them with their addiction but he says ‘nothing works but very long patient supportive care’. So we are praying and supporting. Dr. D has also kindly agreed to see all the boys when they come into our care to check them for HIV, Hep B, parasites and bilharzia.

George’s Place is becoming more organised with the office seeming to be fully equipped with noticeboard, year planner etc. Fridah is doing a great work making sure we have everything in place for the authorities. We are also working on set menu’s, timetable, policies, job descriptions, budgets and charity bank account so I’m being kept busy. One afternoon Sam and I walked the boys to Munyonyo Commonwealth Resort where we stopped for a soda before the long walk back, it’s really pleasant there at the edge of Lake Victoria. We have an avocado tree in the garden which is laden with fruit, the boys eat them with every meal.

Bob goes off next week to Rukungiri with Bridge of Hope for a couple of weeks so we have also been stocking up with rice, posho, beans, matoke and charcoal so that I don’t have to visit the market in the centre of Kampala which can be difficult for parking.

‘Let’s have a feast and celebrate. For this son of mine was dead and is alive again; he was lost and is found. So they began to celebrate.’ Parable of the lost son. Luke 15 v 24

Work has started on the road, PTL, Chairman David called and hopefully it won’t take too long. Photo below – the stones were delivered on Tuesday but nothing has happened since, it doesn’t look too bad but that is because it hasn’t rained yet today! Plans are under way to have an opening celebration for George’s Place in June, when we will invite many of the locals, the Probationary Officer, Health Inspector, LC1 and committee, clergy and friends.

This week we visited the village where Paul comes from and through contacting the local police found that sadly his father died in January. (He regularly beat Paul, especially when he was drunk!) The stepmother was not interested in Paul but this could be because he could be entitled to the estate; under Ugandan law the land and property goes to the sons not the wife of the deceased. One blessing was we found some more of his relatives, his mother who he had not seen for 10 years, a sister, a cousin and his cousin’s mother (families here are large and complicated). They were shocked to see Paul as they thought he was ‘lost’!

Saturday the boys went swimming and then back to Ggaba beach, I had the afternoon off!

Paul in the clinic with malaria
This site uses cookies: Find out more.
Scroll to top